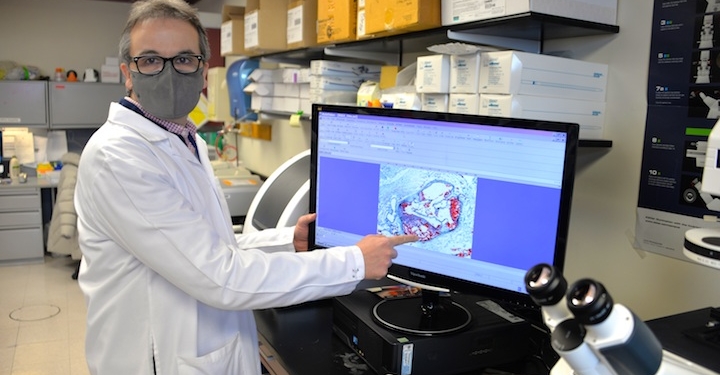 ALBANY — Albany Medical College scientists are among a multi-institution research team to receive $3.2 million from the National Institutes of Health (NIH) to study why disruptions in circadian rhythms increase the risk of diabetes and heart disease.

“Millions of essential workers who work night shifts are impacted by circadian disruption, but there are no proven therapies that prevent or lessen its harmful effects,” said Antonio Paul, Ph.D., associate professor in the Department of Molecular and Cellular Physiology at Albany Medical College, one of three scientists leading the study.

Circadian disruption occurs when the wake and sleep cycles don’t align with the time of day, for example when people who work night shifts sleep during the day. While this is known to increase the risk of type 2 diabetes and rates of cardiovascular disease, the reasons why aren’t understood.

Drawing on their complementary areas of expertise, the researchers will seek to gain insight into the underlying mechanisms of circadian disruption on diabetes and atherosclerosis, a build-up in the arteries that restricts blood flow and can lead to a stroke or heart attack. Then, using mouse models, the team will test various types of interventions, including modulating light-dark patterns, medications and genetic therapies.

“Our hope is that this research will lead to the development of effective pharmacological and/or environmental therapies,” added Dr. Paul.

The five-year grant was awarded by the NIH’s National Institute of Diabetes and Digestive and Kidney Diseases jointly to Dr. Paul and to researchers at the University of Pittsburgh and Icahn School of Medicine at Mount Sinai in New York City.

Albany Med, northeastern New York’s only academic health sciences center, is one of the largest private employers in the Capital Region. It incorporates the 766-bed Albany Medical Center Hospital, which offers the widest range of medical and surgical services in the region, and Albany Medical College, which trains the next generation of doctors, scientists and other healthcare professionals. It also includes the region’s largest physicians’ practice with 500 doctors. Albany Med works with dozens of community partners to improve the region’s health and quality of life. Albany Med is an affiliate of the Albany Med Health System, which also includes Columbia Memorial Health, Glens Falls Hospital, Saratoga Hospital and the Visiting Nurses Association of Albany. The region’s largest locally governed health system, it has 1,520 beds, more than 800 physicians and 125 outpatient locations throughout the Capital District.

Mr. D’s opens at the Desmond