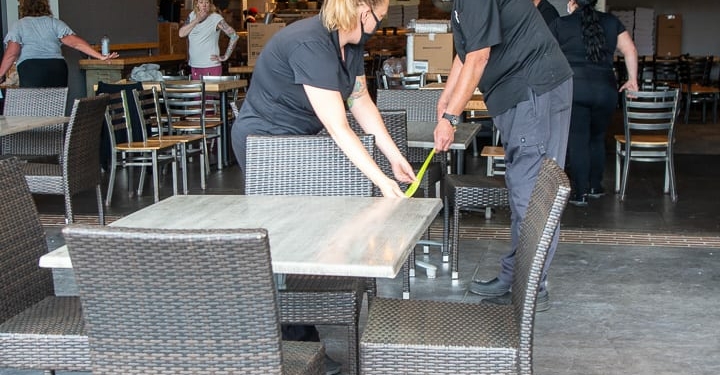 LATHAM — The owner of Innovo Kitchen said U.S. Rep Kirsten Gillibrand called to apologize for blowing by his hostess without a mask on.

“She called, she apologized, she owned her mistake and said it won’t happen again and that she meant no disrespect to you or your staff,” said John LaPosta during an appearance on Talk 1300 radio. “What really bothers me is the comments about her personal life, her weight and her hair and the ghouls online are ridiculous and so many of the comments on social media are just uncalled for.”

It all started on Friday, Jan. 14 when Gillibrand came to the Capital District to attend a number of announcements by Gov. Kathy Hochul and U.S. Secretary of Energy Jennifer Granholm. A video LaPosta put on his restaurant’s Instagram account shows Gillibrand blowing by the hostess who was trying to get her to stop and mask up. The senator never slowed.

LaPosta said he was angry for his staff because of state mandates that force them to wear a mask for entire shifts and he and his staff have fought with customers for nearly two years trying to get them to comply with the mandate.

Just the other day, he said on Talk 1300, his partner asked a customer to mask up and the woman turned to her and called her Hitler.

After he posted the video, he said he got calls from a number of national media outlets but he refused to go on and bash the senator. Rather, he said, he is happy with the apology and hopes the far left and the far right can find some common ground because “what is going on right now is just not working.”