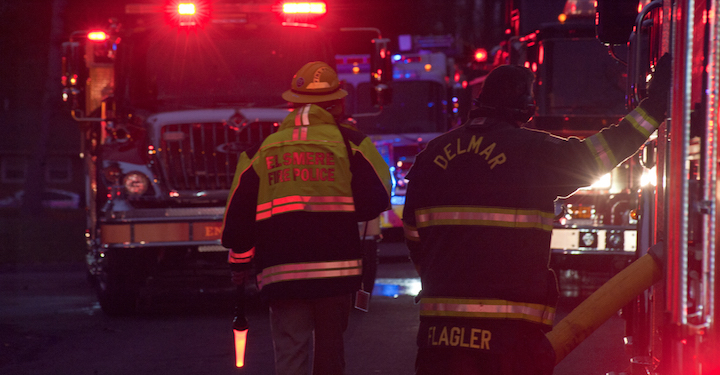 DELMAR — A Dawson Road family is safe but is now out of a home after a fire ignited early Monday morning, Dec. 27.

According to a statement from the Bethlehem Police Department, authorities were informed of the fire at 485 Dawson Road by a motorist who flagged down one of its police officers at approximately 6:30 a.m.

“The officer then located the fire… and interviewed the occupants who had already exited the residence,” the online statement read.

Bethlehem Police detectives and fire investigators were on scene and the fire is still under investigation to determine the cause, but it does not appear suspicious.

The Red Cross was contacted to assist the family who has been displaced by the fire.