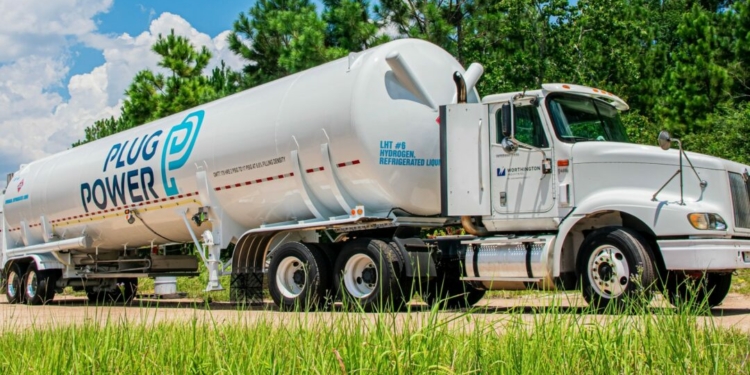 SLINGERLANDS — Plug Power Inc., a leading provider of turnkey hydrogen solutions for the global green hydrogen economy, is proposing to establish a 350,000-square-foot base of operation at Vista Technology Park.

The publicly-owned Latham-based company has eyes for the technology park. A proposal in front of the Bethlehem Planning Board shows plans to build office space, manufacturing and warehousing facilities at the end of the Vista Boulevard roundabout.

Columbia Development, the Albany real estate development firm that first broke ground on the tech park in 2011, is expected to speak before board members this evening, Tuesday, Nov. 16.

According to the proposal, the facility is projected to employ nearly 700 people. Plug Power was not named within the proposal, but the company’s involvement was later confirmed by Bethlehem Town Supervisor David VanLuven following initial press coverage by the Times Union.

“I am thrilled with the announcement that Plug Power has committed to building its new manufacturing complex in Bethlehem’s Vista Park,” VanLuven shared Tuesday in an online statement. “The Town worked closely with the Albany County Executive’s office and Columbia Development to make this project — promising 700 jobs in a 350,000-square-foot facility — possible. It’s a perfect fit for Vista.”

UPDATE: Truck backs into Four Corners’ shop – second time in 13 months the building has been hit – can now reopen