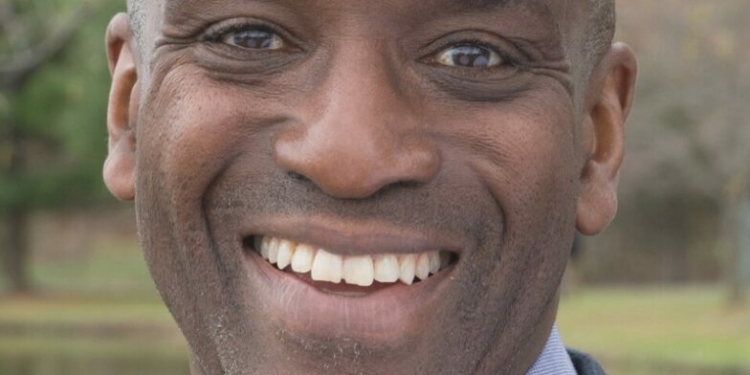 COLONIE — After three intense days of counting more than 2,800 absentee ballots the complexion of the Town Board has changed.

With Alvin Gamble beating out Alexandra Velella for the third seat, what was a 4-2 Republican majority on Election Day is now a 3-3 split. Republican Supervisor-elect Peter Crummey, who beat Kelly Mateja by a margin outside the number of absentees, is the deciding vote should any issue come down to party lines.

With the win, which the Albany County Board of Elections made official on Monday, Nov. 15, Gamble is also the first Black person elected in Colonie town government.

“We never ran my campaign on my race. We ran my campaign on our knowledge and experience and our ability to get the job done,” he said. “That said. I never ignored the elephant in the room. It is great for African Americans, but it is also great for women and Indians and other minorities. When we are able to get to a point where we look at any position or person and not look at race or gender, it’s going to lead to a better world.”

He used a professional football analogy. In 1998, everyone had to mention the fact Doug Williams was Black when he led the Washington Redskins to a Super Bowl win. He was the first one to do it, so it was news. Now, Gamble said, there are a number of Black quarterbacks in the NFL so race isn’t even mentioned when commentators and fans talk about them. Rather, he said, they talk about what they can or can’t do on the field.

“If we get to know people and not judge people based on race or gender or religion we will find we have more similarities than differences.”

After two days of counting, Gamble leapfrogged Boncordo and was within two votes of Velella with nearly 300 ballots left to verify before they could be tallied. At the end of the third day, Gamble had 10,612 votes to Velella’s 10,525.

“I am on Cloud 9 first of all and I am humbled. When I think about it I get choked up,” he said. “It was a ride, being down more than 900 votes but we never gave up. I always had my faith, my Christianity definitely played a part.”

Jeffers, the only incumbent of six candidates running, was in third place behind Velella and Republican Jeff Madden, who was leading the pack on Election Day with 10,114, jumped into first place with 11,240 and Madden was second with 11,091, according to the results made official on Monday, Nov. 15.

There were some 2,876 absentee ballots to count after Election Day, an inordinate amount due to COVID-19 precautions that included allowing voters the right to vote by absentee without having a traditional legitimate excuse like being ill or being out of town. Two years ago, the last off-year race that featured a supervisor, there were 750 votes cast by absentee.

Gamble’s family moved to Colonie when he was a boy and he has worked at National Grid for nearly 40 years. This was his first foray into running for public office.

While it was coming down to the absentees and he kept gaining on Velella, he said she came down to his house with a bottle of wine to talk and thanked him for running the race he did and he said the two became friends.

“You see all the things on TV and it is nothing like that with us. I know bad news sells papers, but why but why can’t good news sell some papers too,” he said. “We all know each other [on the Town Board] so why can’t we take our personal agendas and set them aside and do what is good for the people of Colonie. I am asking why can’t seven board members get along, and if we find a problem work together solve it. That’s why we were elected. It wasn’t because I am Black or this one is white. We were elected to solve problems and that’s what I am going to focus on.”

He said one of the high points of running for office was when he was talking to a pastor in New York City about some teens who were losing their way, getting into trouble and heading down the wrong path. They worked it out so the teens could come to Colonie to spend a week and work on his campaign and show them another side of life than the direction they were headed.

“They knocked on doors and talked to people and learned one way to make changes in our society. I told one constituent about what we were doing and wrote a letter thanking me wanted to know how to get into mentoring teens,” he said. “That’s what running for office is all about. We can do so much with this platform and there are some kids out there who need help and we can do it.”

When they are sworn in on Jan. 1, 2022, Jeffers and Gamble will join Jill Penn on the Democratic Party side of things and Madden will join Rick Field and Danielle Futia on the GOP side of the aisle.

After the absentees were tallied, David Green surpassed Jennifer Whalen for the third open seat on the Town of Colonie Court bench.

At the close of Election Day, Green, a Democrat, was down by an unofficial count of 9,306 to 9,035. After two days of counting absentees, he was up by about 650. It is not clear how many more he picked up with the remaining 300 were counted but the final count has him elected to a four-year term.

He is technically an incumbent after the Town Board appointed him to the bench earlier this year to fill the seat vacated by Crummey, who opted to run for supervisor. But it is the first time he ran for a four-year term.

Longtime incumbents Norman Massry and Andrew Sommers received the most votes with 11,130 and 10,195, respectively.