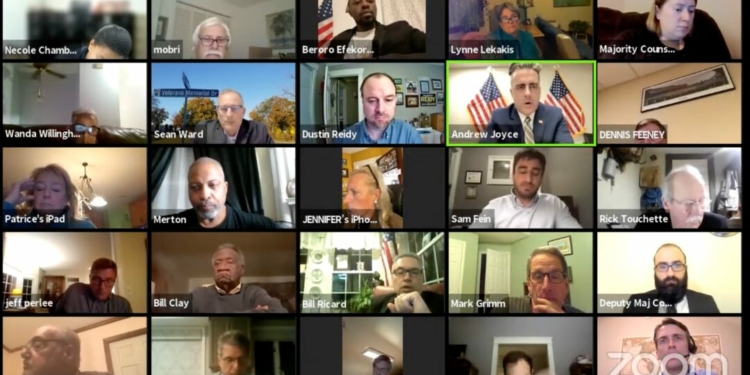 ALBANY — The county Legislature, after a lengthy debate via ZOOM, amended a 2013 local law to prevent employees from banning head wraps or turbans from the workplace.

The measure is similar to a state anti-discrimination law that prevents an employer from discriminating based on hairstyle like dreadlocks or extensions, and was brought by Legislator Norma Chapman, a Democrat representing District 4 in the City of Albany.

She said a constituent came to her with a complaint about an employer not allowing a head wrap while at work. And when the constituent removed the head wrap, she was ridiculed for her hair style.

The 28-10 vote was along party lines with one Democrat, Bill Ricard, voting no after taking issue with a colleague’s statements about Christian Brothers Academy.

Republican Paul Burgdorf, who represents Colonie, said he is not opposed to the law’s intent but felt it duplicitous and that the Legislature was over reaching.

“I am opposed to Albany County injecting itself into the personal and personnel grooming and uniform practices of every business in Albany County,” he said. “There is a state law that deals with this, and I think that if this is a problem with it, it should be addressed at the state level. I am voting no, not against the concept, but because I don’t believe it is the county’s business to do this.”

The debate devolved into whether or not private schools, like Christian Brothers Academy, would have to modify its longstanding Code of Conduct requiring students to have short hair.

“I’ve visited West Point and there are a number of cadets of color who have corn roles, extensions and dreadlocks but the issue of these pseudo-military schools like CBA and LaSalle that have no safety or health reasons other than they have a preference for short hair in the old military style,” said Legislator Merton Simpson, a Democrat from the City of Albany. “We have people who want to reinterpret the human rights law based on their preference and their sense of privilege and that is wrong. This is a classic example of what critical race theory is about.”

“I’m very upset you would refer to one of the finest institutions in our county as privileged and maybe you should go find out more about CBA which is one of the most inclusive and diverse  schools in this county,” he said. “They have a uniform policy that effects everyone in the school matter of background or religion. Everyone is the same at CBA and they have some very outstanding young people who graduate from that school and they go onto be very successful in life. You should look into it more because a lot of people from your district go there.”

“I was all in favor of voting for this. We discussed it in committee and I am somewhat disappointed you are coming back and saying this now and as a result I am voting against this,” Ricard said while justifying his no vote.

Rebekah Kennedy, the counsel for the majority on the Legislature, said her interpretation of the state Human Rights Law is that length of hair is an employee can set policy based on hair length but that the county Local Law would only include head wraps and turbans.

“My understanding is grooming policies added for a legitimate reason such as health and safety, for example length of hair was an issue with safety while working on certain tools you could have grooming policies for those types of reasons so long as they were uniformly created and uniformly taken into account,” she said.

Last seat on the Colonie Town Board is now just a two-vote spread; Green appears to have won judicial race