David VanLuven runs for another term as Bethlehem Town Supervisor 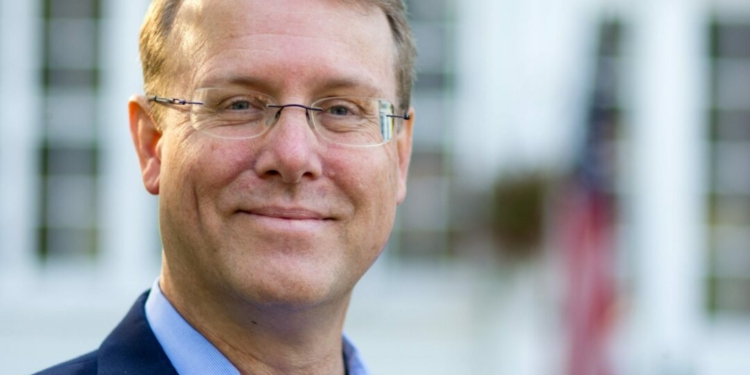 BETHLEHEM – Since his first day as town supervisor, David VanLuven has tried to impress upon residents that it’s people who provide them services, not the town.

This November, the two-term supervisor is seeking yet another two years after a resume of results that include delivering fiscally responsible budgets; creating a new, 147-acre Normans Kill Ravines natural parks; launching a community-based process for updating our Comprehensive Plan; and bringing the community and police together to envision a more modern approach to policing and addressing systemic racism.

And he insists that polarized politics is not a focus of his. On the local level, it’s the results that matter.

“When I wake up in the morning the radio news often accosts me with non-stop negativity that has beset our politics at the national level,” he said. “It’s depressing. It’s demoralizing. It can be infuriating. And in many cases, it leaves us feeling powerless. Then I go to work and I see my neighbors and I get my perspective back at the local level.”

VanLuven joined the Town Board in January 2016, and was elected town supervisor just over a year later. He previously served on the Bethlehem Comprehensive Plan Assessment Committee and the Citizens Advisory Committee on Conservation.

Professionally, VanLuven spent 20 years leading a variety of programs with nonprofits and state agencies, including directing the NY Natural Heritage Program in the state Department of Environmental Conservation, and launching The Nature Conservancy’s Hudson River Estuary Program. In these roles, he built strong teams, navigated shifting politics, managed complex budgets, and raised millions through grants and appropriations. More recently, he worked as a strategic planning consultant for nonprofit organizations and government agencies throughout the Northeast.

Just as in his professional career, VanLuven’s political life has been defined by a push to preserve open space and farmland in Bethlehem. Over the last 4 years, we’ve protected more farmland and green spaces than the Town conserved in the previous 25 years combined. This included purchasing 69 acres to create the 147-acre Normans Kill Ravines nature park in Delmar and Elsmere, and partnering with Scenic Hudson to add 21 acres to Henry Hudson Park in Selkirk.

The international push for sustainability and climate change mitigation has been localized though Bethlehem Town Hall. His administration installed electric vehicle charging stations at three town parking lots, and started transitioning the town fleet to cleaner vehicles. And with help from Albany, he claims success after working hard to land a new multi-million dollar offshore wind tower manufacturing facility, which will create more than 300 jobs. The next step is to take action on the proposed Complete Streets project for Delaware Avenue.

“We are neighbors first and foremost,” he said. “Members of a community who all want pretty much the same things and who are willing to work together to achieve them.”

Maureen Cunningham runs for second term on the Town Board