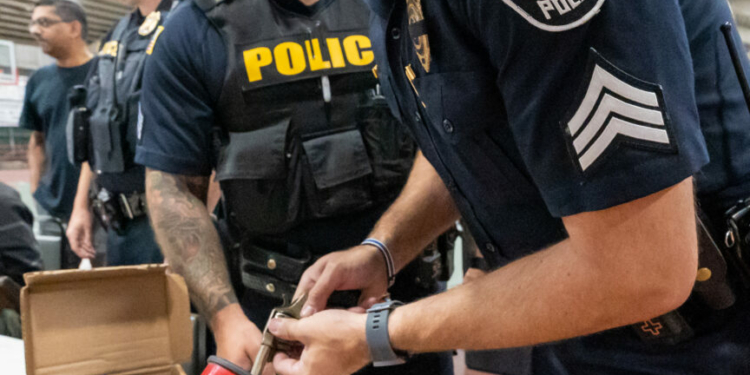 The event was held at the Watervliet Dome by the Watervliet, Cohoes, Colonie, Green Island and Menands police departments and sponsored by state Attorney General Letitia James.

There were no questions asked of people who brought in the firearms and working and non-working firearms were accepted in return for compensation — an assault rifle was exchanged for $250, a handgun for $150, a rifle or shotgun for $75 and a non-working gun for $25.

To date, AG sponsored buyback events that have taken more than 2,500 firearms out of communities since she took office in 2019.

“Whether it’s hosting gun buyback events or through other measures, we are taking a multipronged approach and doing everything we can to combat this crisis and keep our streets safe,” James said.

Of the 49 guns turned over in Watervliet, there were 13 handguns, 22 shotguns and rifles, and 14 non-working guns.

Since 2013, state Office of the Attorney General has hosted gun buyback events throughout New York state and has successfully collected more than 4,500 firearms.

Sixth Albany County resident dies in six days; most of those hospitalized not vaccinated