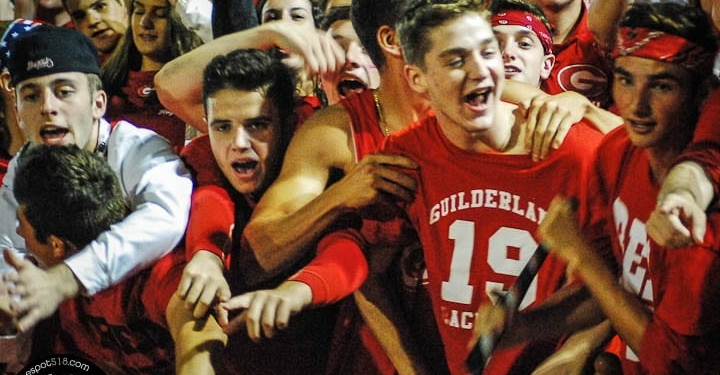 Voters passed the item by a nearly two-thirds majority, contrasting against a similar measure three years ago when residents rejected a $42.7 million proposal in 2018. Thursday’s results revealed 1310 yes votes to 742 no.

“Thank you to all of the Guilderland voters for supporting our students,” said Dr. Marie Wiles, Guilderland district superintendent. “We are so excited about what this result means for our students. This work will improve all areas of our district including building environments, educational technology and outdoor learning spaces.”

Many of the items in the current proposal were originally included in the 2018 voter referendum but were removed from the proposal that was eventually voted on and approved by the community in May 2019.

The approved project will address improvements in learning opportunities, enhancing safety and security for students and staff, and replacing or updating aging infrastructure in the district’s seven school buildings.

The project is to focus on three overarching areas; infrastructure work that was eliminated from the 2018 proposal; outdoor space improvements that include upgrading or replacing playground equipment; and technology replacement and data security that includes improving instructional learning technology.

Among the improvements itemized within the proposal are $4.9 million allocated to outdoor spaces, including five new playground upgrades, seven outdoor classroom pavilions and a new track and synthetic turf field. Residents wary of safety issues were assured in a July presentation that the synthetic field, complete with rubber fill, would not be a health concern.

According to Director of Health/PE & Interscholastic Athletics David Austin, the field should last up to 15 years. Under proper maintenance, the field is guaranteed for 12 years and can be replaced at an approximate cost of up to $950,000.

In October 2018, the district put a $42.7 million capital project proposal before voters. That project was to enhance overall safety and security. The district also wanted to focus on making classroom environments healthier and modernizing learning spaces. Residents voted the proposal down by just 58 votes, with a tally of 1,375 to 1,317.

The district later revised the proposal, taking feedback from the exit survey and reduced the cost to $30.9 million. Certain aspects of the project, including modernized learning spaces, were eliminated from the revised proposal as a result. This proposal was included as a separate proposition during the May 2019 budget vote on the district’s annual budget, which voters approved. The work of that project is ongoing across the district.

In May 2021, the district formed a facilities committee that included community representatives to review the district’s needs for capital improvements. The group identified needs through an assessment of the district’s building conditions and deferred improvements as a result of the failed 2018 capital project vote. The committee also accounted for additional needs following the COVID-19 pandemic.