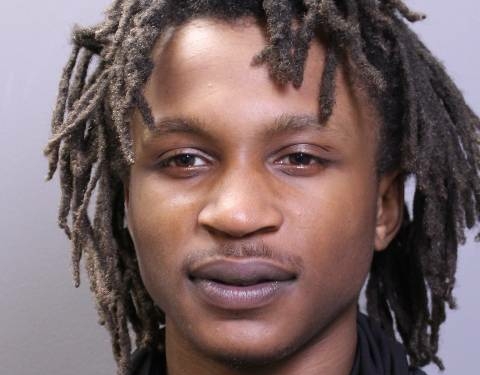 COLONIE — A 21-year-old Schenectady man was arrested twice within about three hours for attempting to rob two Wolf Road businesses.

According to Lt. Daniel Belles, police responded to a burglar alarm at the 243 Wolf Road Starbucks at around 10 p.m. on Thursday, Sept. 2 and saw Manief Mullins allegedly trying to break in.

He was arrested, charged with the felony of burglary and the misdemeanor or possession of burglar’s tools and released with an appearance ticket.

About 1 a.m., Belles said, police responded to a burglar alarm at the 65 Wolf Road Panera Bread restaurant. Officers spotted an individual acting suspiciously near the business who then fled the area when approached.

Mullins was located a short time later and “it was confirmed that he was responsible for the break-in,” Belles said.

He was arrested, charged with felony burglary, arraigned in Colonie Town Court and released with another appearance ticket.

“Based on these incidents, it is possible this defendant has been involved in other criminal activity in the Capital Region,” Belles said.

Anyone with any information is asked to call Colonie police at 518-783-2754 or to anonymously contact Crimestoppers at 1-833-ALB-TIPS, or go to capitalregioncrimestoppers.com.

Eighth county residents die of COVID in a week; at least four were fully vaccinated