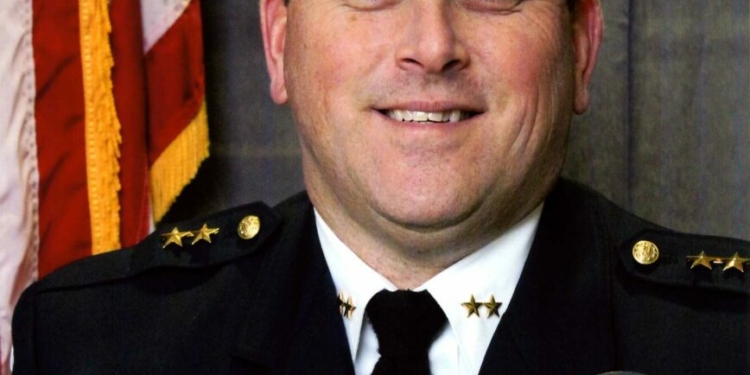 COLONIE — Michael Woods, a 30-year-veteran and lifelong town resident, will be the next chief of police.

The Town Board is slated to formalize the Supervisor Paula Mahan appointment at its meeting on Thursday, Aug. 26, along with several other promotions within the Police Department.

Woods will take over the 115-officer department from Jonathan Teale, who was chief since 2015 and who retired earlier this year.

Three other members of the department administration took the chief’s Civil Service exam — Deputy Chiefs Robert Winn and James Gerace and Lt. Todd Weiss. Woods became deputy to fill the spot vacated when Teale became chief and Winn and Gerace were promoted from lieutenant to deputy in December, 2020. Weiss became a lieutenant in 2015.

Woods has held several positions during his years of service from patrolman to working in the Investigations and Administration divisions. He was on the Special Services Team for several years, leaving as the team leader.

Woods is a graduate of Shaker High School and UAlbany. He has received numerous awards for exemplary service including 12 Command Recognitions, two Life Saving Awards, the Special Service Award and the Distinguished Service Award.

Other promotions slated for Thursday include:

This story will be updated after the Town Board meeting on Thursday.