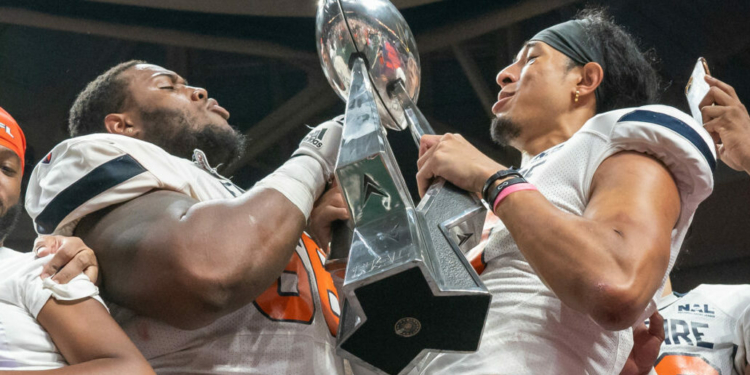 Two years ago, the Empire won the Arena Football League at the same stadium, the Times Union Center, in front of a larger crowd but one no more enthusiastic than the 4,000 or so that attended on Saturday, Aug. 14.

The AFL folded shortly after the 2019 season ended and last year the National Arena League was put on hold because of COVID-19. This season, the Empire went 9-1 and were clearly the best team in the league. The team’s only loss came in week 5 against the Jacksonville Sharks.

The fans were slow to come back to the Times Union Center, but the championship game had more than the other four regular season home games and the first round of playoffs against the Carolina Cobras. They were, though, was no less enthusiastic than the sellout crowds of two years ago.

Empire quarterback Tommy Grady, who said after the game he may hang up his spikes, completed 26 of 39 attempts for 331 yards and nine touchdowns.

The team extended the contract of Head Coach Tom Menas for next season and he told media outlets he is excited to build a team that will kick off sometime in May, 2022.

Click on a photo below to view a slideshow of the rest of the championship game.