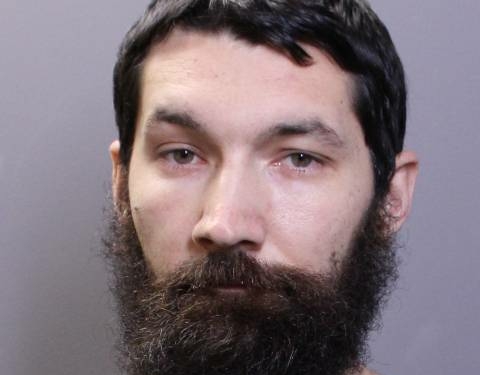 COLONIE — A 29-year-old Maine man stands charged with three felonies including one for stealing a fire truck out of the Wade Road training facility.

According to Lt. Daniel Belles, the incidents took place during a spree in October that started in Colonie and ended up in Hartford, Connecticut.

Ted Zarins was arrested in October for driving a vehicle that was stolen out of Fort Kent, Maine. He was arraigned and released.

On the day of his release, Belles said, Zarins was walking in the Latham area and burglarized the Town of Colonie fire training center. He allegedly stole firefighting and other property belonging to the state Division on Homeland Security.

He then, allegedly, stole a ladder truck belonging to the Albany Fire Department which was at the Wade Road site for training purposed. The fire truck was found abandoned in Schenectady.

Zarins then returned to Colonie and, allegedly, stole a vehicle from a car dealership. That vehicle was found in Hartford, Connecticut and police there arrested Zarins.

On Thursday, July 22, he was released to Colonie police to face two felonies of grand larceny and a felony of burglary.

He was arraigned in the Town of Colonie Court and remanded to the Albany County jail pending bail.

Debunking the myths circulating around the COVID-19 vaccines