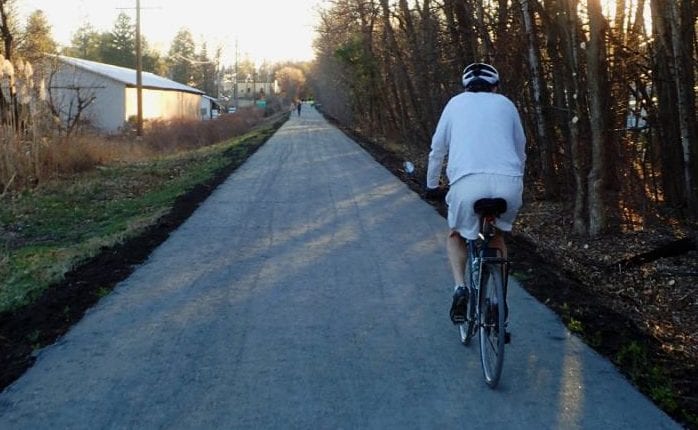 SLINGERLANDS — The Bethlehem Police Department responded to yet another box truck under the Albany County Rail Trail Bridge at approximately 9:47 a.m. on Friday, June 25.

Police said Harry Cadet, 32, of Brooklyn was traveling westbound on New Scotland Road in an Enterprise rental truck when he attempted to drive under the bridge.

“[The truck] was too tall to make it under the underpass, causing the truck to become lodged underneath the bridge,” stated a press release from Bethlehem Police Department.

The roadway was closed for approximately two hours until the truck could be removed and the bridge inspected.

Representatives from both Albany County Public Works inspected the bridge and the bridge was reopened. The operator of the vehicle was charged with disobeying a traffic control device.

The incident marks the third time since May that a truck has been lodged under the century-old bridge. In May, two trucks were wedged under the bridge in two separate incidents, each just two days apart from one another.

The bridge, owned by Albany County, was scheduled for replacement last year.

In 2019, the county approved a $1.9 million plan to replace the bridge. The current 42-foot wide bridge was to be replaced with a 14-foot wide option. The new bridge was to also increase the clearance from 11 feet, 2 inches to 15 feet, 6 inches.

Pandemic related shutdowns prevented construction from occurring last year. There is now a pending lawsuit against the county over the bridge. Mary Rozak, spokeswoman for Albany County Executive Daniel McCoy, could not disclose specifics of the lawsuit.

LETTER to the EDITOR: Crummey for super