Vaccinations, masks and the law 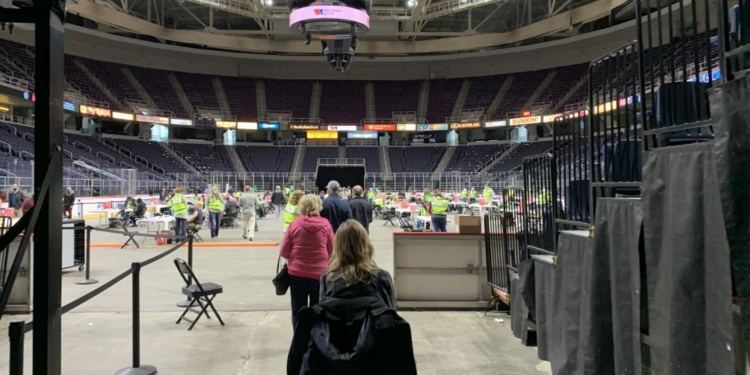 There is still a solid 20 percent of the population across the country who steadfastly refuse to get vaccinated, which is just 10 percent more than the 70 percent necessary to reach herd immunity — the breaking point needed to make it harder for the virus to spread from person to person. It is still unclear how many people were infected with COVID-19, which would in theory make them immune, and did not get vaccinated and how that number fits into the herd immunity equation.

For those not vaccinated, they still must wear a mask but that state mandate, like many over the past 15 months, is open to some interpretation and enforcement will fall on the counties and/or the individual businesses or venues or public places. For example, unless the businesses want to check each and every customer that walks in the door, it will largely go unchecked and it is on the honor system.

Try as it might, government cannot force someone to get vaccinated, said Leslie Silva, a partner at the Tully Rinckey Law Firm based in Colonie. But, she said, an employer can require an employee to get vaccinated in order to get hired or remain employed. The Health Insurance Portability and Accountability Act, or HIPPA, will offer some protections but nobody is sharing personal information except the applicant, and it does not prevent the employer from asking the question.

“HIPPA does not really apply. Potentially, if you don’t want to answer that question, that is fine, but they don’t have to employ you either,” she said. “It’s a pretty challenging time for employers now. You see them taking their time and trying to make good choices to maintain their business and protect their employees and customers.”

If the prospective or current employee cannot get vaccinated for a medical reason, though, the employer must, under the Americans with Disabilities Act, provide “reasonable accommodations” such as a socially distanced work space and more frequent and/or effective sanitization practices. How that plays out in the months ahead is not yet known, but it will likely end up in the courts in one form or another.

Most recently, earlier this month, a federal District Court in Texas dismissed a case challenging a hospital’s requirement that all employees receive a COVID-19 vaccination.

The ruling states the employees “can freely choose to accept or refuse a COVID-19 vaccine; however, if [they] refuse, [they] will simply need to work somewhere else … Every employment includes limits on the worker’s behavior in exchange for his remuneration. This is all part of the bargain,” according to the National Law Review.

While it does not directly apply to New York at the present time, it could set the stage going forward in other states provided the ruling is upheld as the case moves on to higher courts.

Similarly, it is left up to the businesses to determine if they want to keep mask mandates in place, if they want to allow people who are not vaccinated in their establishment or if they want to have certain sections designated for those who did and did not get the shot.

As far as someone bringing a company or a business to court because they were barred admittance based on choosing to not get the vaccine, Silva said it does not seem likely at the present time because the state is technically under a state of emergency which gives the governor broad powers to implement restrictions and mandates because of the ongoing public health crisis.

Once the state of emergency is lifted, as some in the state Legislature are clamoring for, the issue of access or separating vaccinated from the non-vaccinated could end up in court but as of right now, Silva said, opting to not get vaccinated is not a “protected class” like race or sexual orientation.

“It is not protected class under the law as far as any discrimination questions go,” she said. “For that to happen it would take a separate ruling from a judge, or a panel of judges in a higher court or it would come to through the legislature, and if that does happen it would be challenged in court.”

The issue is not new, and schools in New York do mandate children get vaccinated for a host of contagious diseases including diphtheria, polio, hepatitis B and chicken pox before they can attend any public or private school. That directive was strengthened recently when the courts did away with the vaccine exemption for religious reasons and now a child’s parent must prove a medical reason for opting out.

In New York, for the foreseeable future, Silva said, whether or not to vaccinate is a personal choice and how businesses deal with vaccinated and unvaccinated clientele is going to be their choice.

“They will have to provide accommodations but it is still pretty new territory. We have only had the vaccine for six months and most of us couldn’t get it for a while,” she said. “There are strong opinions on both sides, and we will likely see it work through the judicial process and it may take a while before we have a final determination.”