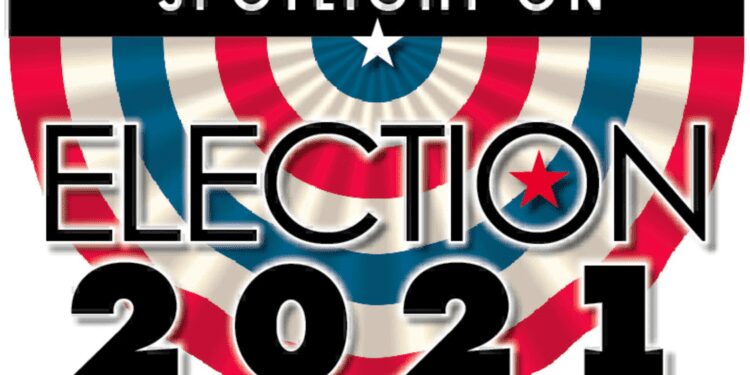 Three lawsuits filed on behalf of a number of Republican candidates were dismissed by three different judges.

The first was filed by the GOP in Albany County looking to invalidate Working Families Party designating petitions. State Supreme Court Judge Scott DelConte ruled the signatures made by witnesses to the designating petitions were valid, despite the fact they were not handwritten but rather scanned facsimiles.

“Judge DelConte all but summarily sent the Republican challengers packing. His reasoning was tight and well-founded in the law,” said Ryan Horstmyer, chair of the Town of Colonie Democratic Party Committee. “I do not expect an appeal. But, if one comes, I’m confident the Republican Party’s attempt to stop Colonie’s voters from being heard will again be repudiated.”

The 12-page decision said the WFP did follow proper procedures when Jonathan Westin, as WFP presiding officer, and Daniel Langenbucher, as secretary, scanned their signatures as witnesses to the designating petitions. In his ruling, DelConte said the two were at their Kings County homes and were meeting with a notary public remotely via Zoom to validate the process.

The notary watched the two sign their names on a blank piece of paper, upload a photo of the signatures and affix that to the designating petitions. The judge ruled the process followed state Election Law as modified in March, 2020, in response to the COVID-19 pandemic.

Republicans in Albany County, and 13 other counties around the state, claimed the signatures had to be written by hand and notarized in person to verify there was not any forgery or other shenanigans at play.

“We knew from the beginning this was nothing more than a cynical political attack by the Colonie GOP and the Republican Party in counties across upstate New York,” said Anita Thayer, secretary of the Capital District WFP. “Republicans are losing influence and are doing everything in their power to undermine the democratic process instead of campaigning on the issues that matter. Republicans would rather waste time and money in the courtroom looking for loopholes and shortcuts instead of admitting they no longer have the support of the electorate.”

New York is one of a handful of states that allow candidates to run with more than one party line on the ballot. Many Democrats seek, and obtain, the WFP line while Republicans generally run with Conservative Party support. Those minor party lines are the only two that received enough signatures in last year’s presidential election to get an automatic spot on the ballot making the endorsement all the more valuable.

In any election season, there are enough votes generated on the minor party lines to swing a close election and political operatives often go to great lengths to secure minor lines and/or deny the opposing party’s candidates from getting them.

There is a specific process to follow and the party must give permission, known as a Wilson Pakula, and collect the necessary number of signatures to appear on the line. A candidate could wage an opportunity to ballot and open the line up to a primary but that is not applicable here.

“There is no statutory mandate that a Wilson Pakula authorization must contain a hand-affixed and ‘wet’ original signature in order to be filed,” DelConte wrote. “To the contrary, the Legislature has specifically authorized electronic signatures on election-related and other documents through the Electronic Signatures and Records Act.”

In Albany County, Republican candidates in Colonie, Bethlehem, New Scotland and Guilderland were the alleged aggrieved parties who brought lawsuits. Rather than address the suits individually, they were consolidated before DelConte, who is out of Oswego County in the Fifth Judicial District.

Horstmyer said DelConte rejected the Colonie Republicans’ case “with prejudice,” which means while his order could be appealed, the case could not be retried in State Supreme Court.

Republicans also lost a challenge to the petitions filed by Colonie justice candidate David Green and Town Board candidate Jessica Mahar. The petitioners, George Scaringe and Michelle DiPiazza, the former Albany County GOP Chair and a relation to the current Colonie GOP chair, respectively, claim Green’s candidacy should be voided because his name appeared on the designating petitions for town judge and Town Board.

He was initially running for a third term on the Town Board but when Judge Peter Crummey stepped down to run for supervisor, Green, who is an attorney, decided to run for the bench. The Democratic-dominated Town Board appointed him to the vacancy last month and he will serve in that capacity until the end of the year regardless of the results in November.

The party picked Mahar as Green’s replacement as a Town Board candidate once Green formally declined the nomination.

In a 10-page ruling, Albany County Judge Richard Platkin wrote that is, in fact, illegal to run for two offices at the same time if winning one would preclude serving in the other. For example Green could not run for town judge and Town Board.

Citing previous case law he wrote “Green’s decision to run for the town justice seat, and the subsequent overlap in circulating designating petitions, occurred as a result of the unexpected vacancy, not the result of fraud.”

And, “having concluded that Green tendered an acceptable justification for his dual candidacies, the challenge to Mahar’s substitution must be rejected.”

The Republican lost a third challenge to the petitions filed by Deborah Zamer, a candidate running to represent the 14th Ward on the Albany City Council.

The lawsuit sought to invalidate the petitions because Zamer, at the direction of Democratic Board of Elections Commissioner Kathleen Donovan, added the word “member” to the petitions as she was about to file them at the board. The original petitions only had “Albany Common Council 14th District.”

Donovan giving Zamer the instructions to modify the petitions was caught on a surveillance camera at the BOE and became part of the lawsuit.

Albany County Court Judge Denise Hartman ruled the petitions valid, though, because the word was not added to confuse or mislead voters and it “did not materially alter the title or designation of office.”

“Respondent should not have hand-added the word ‘member’ on the cover page or the designating petition after the signatures were obtained,” the judge wrote. “But in this instance, respondent Zamer’s addition of the word ‘member’ merely clarified the title, making explicit what was implicit. And there is no evidence the signers were confused or deceived by the alteration.”

Also, the judge wrote, it was not done in surreptitiously but instead done in the open at the front counter of the BOE.

An argument regarding whether or not Zamer should have used “ward” instead of “district” to describe the council’s boundaries was also dismissed by the judge.