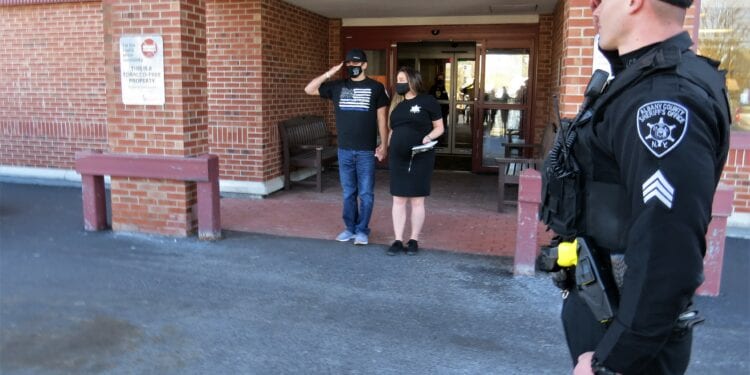 Iachetta, a 30-year-old, seven-year veteran, was travelling east on Central Avenue when a tractor trailer made a turn into the Price Chopper Plaza, basically running over Iachetta’s SUV.

He was extricated from this vehicle and taken to Albany Medical Center Hospital where he underwent multiple surgeries.

On Tuesday, April 6, with his wife Sarah, he walked out of Sunnyview Rehabilitation Hospital under his own power.

The community rallied to help the Iachetta family — his wife is expecting the couple’s second child. A gofundme page raised more than $133,000.