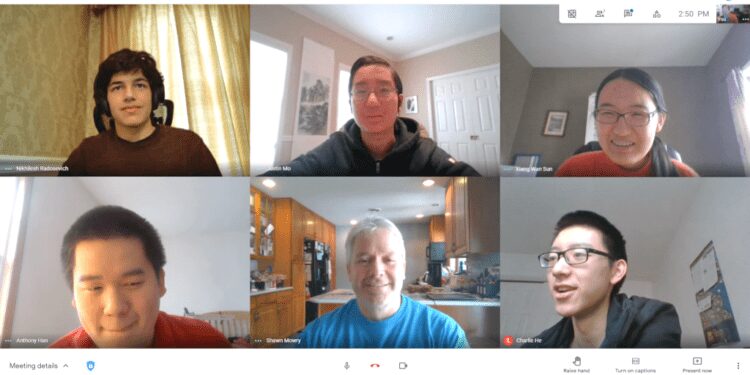 It is the 16th time in the past 23 years that a Bethlehem Central team has represented the Capital District at the National Science Bowl.

The National Science Bowl, sponsored by the U.S. Department of Energy, brings together thousands of middle and high school students from across the country to compete in a fast-paced question-and-answer format where they solve technical problems and answer questions on a range of science disciplines including biology, chemistry, Earth and space science, physics and math. This year’s National Science Bowl will be held online.

The regional tournament, which was also held online, was hosted locally by General Electric and the Knolls Atomic Power Lab. High school and middle school teams from across the Capital District were in attendance.

At the regional tournament, the Bethlehem team, including students Nikhilesh Radosevich, Justin Mo, Xiang Wan Sun, Anthony Han and Charlie He won the high school division, beating tough teams from Shenendehowa, Shaker and Niskayuna. All teams also include a teacher/coach. BCHS teacher Shawn Mowry was a member of this year’s team. Mowry and his colleague Paul O’Reilly are advisors and coaches of the Science Bowl team.

“Our team’s success is due to their commitment,” said Mr. O’Reilly. “The students have been studying all year with weekly meetings where they practice, write questions (a good way to learn content) and set goals.”

O’Reilly said all team members had some previous Science Bowl experience, either at the high school level or middle school, or both. And while this practice has paid off so far in the competition, their coach said they are gaining much more than knowledge.

“They also build friendships during the process,” said O’Reilly. “It is wonderful to see them grow from year to year.”