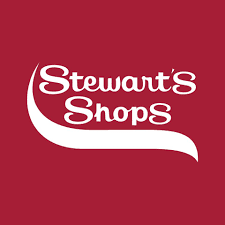 DELMAR — Bethlehem’s Town Planning Board reiterated Stewart’s Shops is allowed to sell gas on its corner lot at Delaware and Elm avenues — the town needs only to approve a site plan once the store chain commits to one.

That’s the crux of the issue.

Stewart’s has been speaking with the town on how to devise a way to fit a 3,975 square‐foot gable roof, concrete clapboard building for a new store. It is also pitching for a freestanding, 2,668 square-foot canopy to shelter gas pumps capable of fueling eight cars at a time.

Stewart’s has submitted at least two site plans since first pitching its proposal last June, neither of which could fit within property buffers defined by the town’s hamlet zone. The dimensions of their proposed design don’t fit, a fact that has frustrated the board last December as it was presented both proposals. After yet another presentation in front of the board on Tuesday, March 2, the town asked them not to return until a definitive design is complete.

The town approved the present-day storefront more than 20 years ago, after Stewart’s Shops promised it would go without selling gas. Though the corner lot was previously a gas station more than a decade before, town planners steered away from bringing a second gas station to the busy intersection. Stewart’s declaration against selling fuel all but convinced Town Hall to allow for the store in 1998.

But, since then, the town passed a comprehensive zoning plan and later defined permitted uses for convenience stores into law, incidentally allowing the sale of gasoline at the location.

“It’s important to note that this board is moving forward… with the site plan application,” Planning Board Chairman Brian Gyory said, “because [the sale of fuel] is a permitted use in the hamlet zone.”

Resident Peter Iwanowicz, who stands opposed to the sale of gas, said Tuesday night he was “disappointed.”

“I’m disappointed that they won’t remain true to the promise they made in the late 1990s to never sell motor fuels on this site again,” he said. “To me… a promise is a promise. But, Stewart’s seems to agree that permanent limitation against fuel is something they don’t have to abide by.”

Iwanowicz, who is an environmental advocate, pointed towards the state’s Climate Leadership and Community Protection Law, which commits New York to abstain from fossil fuels by 2050.

When the proposed site plan was first introduced, the planning board initially prepared to deliberate over a special use variance. That opened the floor for opponents to speak against fuel pumps. But, because the town failed to append Stewart’s promise against gasoline sales on the site in its blanket definition of permitted uses for convenience stores, it presented the opportunity to the store chain. Stewart’s reminded the board of that fact last November.

“We have received a tremendous amount of public comments on the Stewart’s item. I would just like to share with anyone who’s listening that we have heard you and we understand your concerns,” Gyory said. “Unfortunately, many of these concerns fall outside of the purview of this board.”