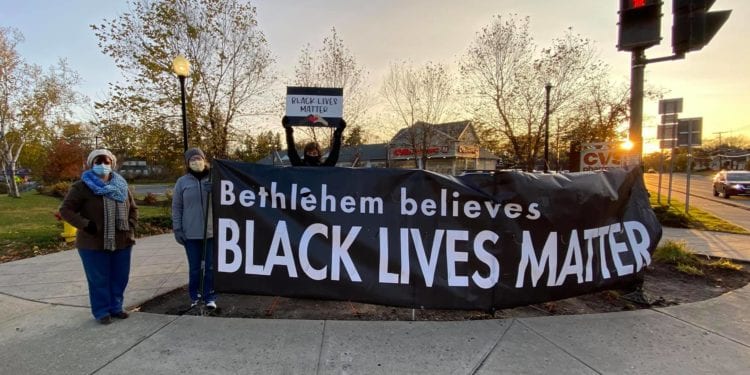 DELMAR — An Altamont man was arrested and charged with reckless driving following a series of events captured on video by the demonstrators he allegedly harassed on Election Night.

Robert C. Sweet, 53, of Altamont, was arrested Wednesday, Nov. 5 after Bethlehem police said they identified him as the driver of the same Dodge pick-up truck that stopped traffic at the intersection of Delaware and Elsmere avenues during Tuesday evening rush hour traffic.

A video of the incident shows a white male in a Dodge pick-up, with American flags and a Trump banner attached to the bed. The truck was stopped in the intersection before the driver leaned out of his window to confront a small group of Black Lives Matter demonstrators on the corner. Police said that once the motorist learned police were contacted he proceeded to leave, almost striking another vehicle in the process.

An investigation into the incident identified Sweet as the operator of the vehicle. Sweet was charged with Reckless Driving and released with a return date in Bethlehem town court on Tuesday, Nov. 24.

FAMILY NOW: Different ways children can give back