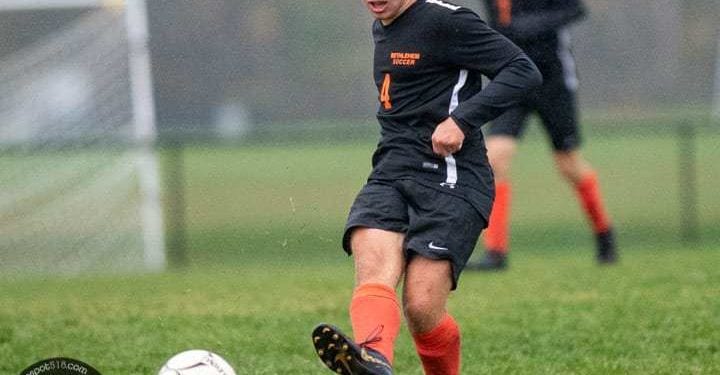 DELMAR — Amidst the coronavirus pandemic, our world has seen many cancellations of events; one being the fall soccer season at Bethlehem Central School District.

Despite decisions made by Gov. Andrew Cuomo and Section II athletics to allow soccer to be played in the fall, BCSD postponed soccer and field hockey to the spring. The majority of students expressed their disappointment with the decision made by the board of education. Students peacefully protested in the Bethlehem Central High School parking lot the night the decision was finalized. Spotlight News talked to Senior Captain Jack Burman, who expressed his view on the school’s decision.

How did playing soccer go this summer? What precautions did you take and would they be able to remain for the school season?

“This summer my friends and I continued to play in a summer soccer league. My teammates and I like to represent our town, and even named our team after Bethlehem’s town park. Our team, Elm Ave. Elite, was composed of the returning varsity players; throughout the season of 12 games playing against athletes from all over New York and Massachusetts, no one on our team ever tested positive for COVID-19. This is because we followed all the recommended guidelines. Now, during the high school season, players have to wear masks while they’re playing, making the sport even safer to play. If my teammates and I were safe to play throughout the summer without masks, wouldn’t it make sense that we are safe to play with masks? If we were allowed to play soccer this fall, we certainly would’ve followed all of the Section II guidelines and Bethlehem’s guidelines.”

What was your initial reaction to the decision made?

“After the Sept. 2 school board meeting when the decision was made that there would be no soccer season this year, the entire soccer community was shocked. We anticipated a season for moderate risk sports as all officials of higher powers (Gov. Cuomo, Department of Health, New York State Public High School Athletic Association [NYSPHSAA], Section II athletics) deemed them safe to play. My fellow senior teammates and I were and are devastated as it was our last chance to represent and play for our community. I am especially heartbroken as this decision has put me at a disadvantage to others in the recruiting process for soccer, as other schools are allowing their athletes to play.”

How did you feel about this decision?

“I feel that this decision didn’t satisfy or adequately answer the questions by the soccer and field hockey communities. It’s upsetting how obvious it was that the school board didn’t take into account the emotional toll this decision would make; [trust] me, this decision is deeply upsetting us in many ways. I am also upset by the inability of the board to explain why they made this decision. All other higher government powers and athletic associations found that soccer was safe to play and used scientific and epidemiological statistics, yet the school board hasn’t given any reason for their decision other than a blanket statement that they feel soccer is unsafe to play.”

Did you feel like you peacefully protested the administration’s decision the best that you could have done?

“Yes, I feel that we peacefully protested the administration’s decision. Making a petition with over 1,500 signatures, creating a video featuring athletes, emailing the school board and Superintendent Monroe, making signs that were held up at protests during the school board meeting and getting students and parents to address the school board at their meeting. Even though we obviously made up their mind beforehand as we didn’t get the result we wanted, it was important that we made our opinion known and had our voices heard.”

What are you doing now with no soccer season? Are you playing club?

“Because we have no high school fall season, my teammates and I continue to play the sport that we love through our travel league and our Afrim’s league. We are practicing twice a week and then playing games against other travel teams. Because most other schools near us have a school soccer season, the kids from those schools aren’t playing travel soccer, so our games are played against kids from far away. We love soccer and having it taken away from us is heartbreaking, but we continue to do what we love in a safe way through other leagues.”

What are the talks for the spring season? Who will you play?

“The school board said that there is a chance for a ‘fall two’ (early spring) season this year if the COVID numbers are low enough. The soccer team is hopeful that we will have some sort of season, but we are still upset about the poor decision made by the school board. Even if we are allowed to have a season, who are we going to play? With the exception of Ballston Spa, all other Section II class AA schools are playing right now. The closet teams to us for a ‘fall two’ season would be over an hour drive and our games would be against much smaller schools. In addition to this, many athletes, including myself, will have overlapping sport seasons which conflict with soccer if we have the ‘fall two’ season. So, it would be a disappointing alternative, at best.”