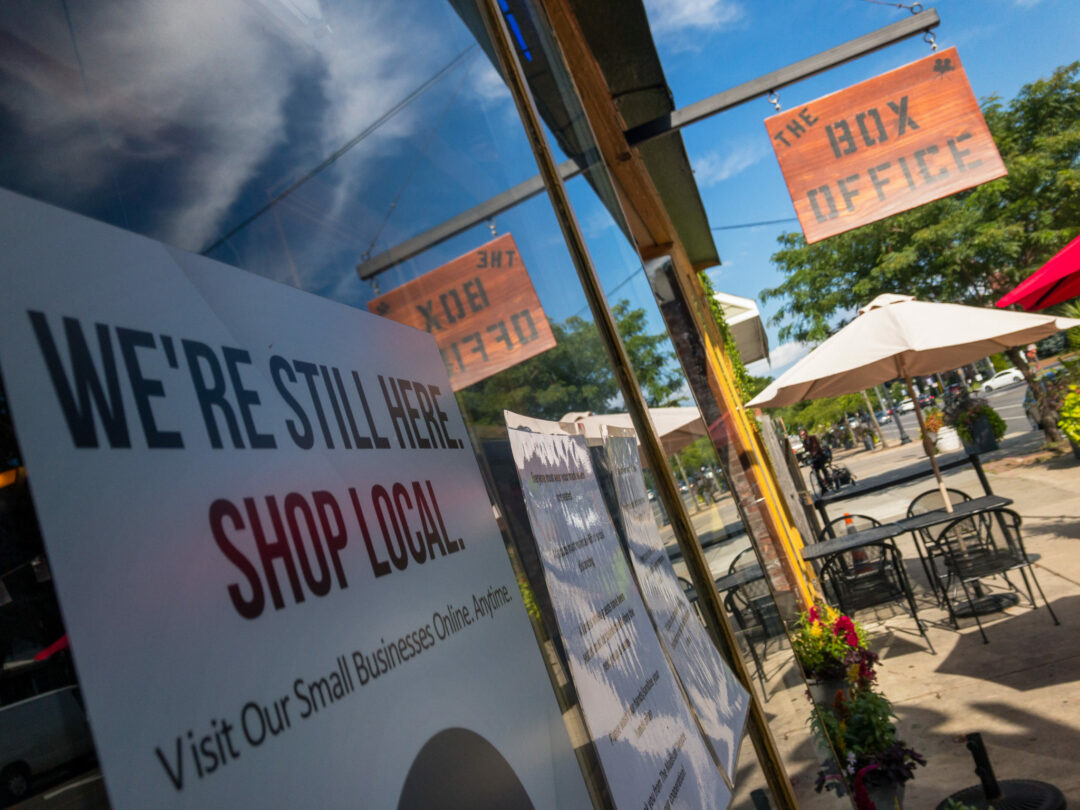 The catchphrase carries a tangible sense of dread for restauranteurs scrambling to survive 2020 beyond a game of lockdowns, restrictions, regulations and price gouging.

Owners who sat with Assemblymembers Pat Fahy and John McDonald on Tuesday, Sept. 22, said incoming business is anywhere from 70 to 90 percent of what it was last year. “But, it’s hard to say, now,” Tess Collins said. “The weather is changing.”

The owner of McGeary’s in Albany’s Clinton Square said her outdoor patio has allowed patrons to return and eat. Takeout and outdoor dining have allowed eateries to maintain a semblance of pre-pandemic days. The extra seats help because, as owners said, indoor dining restrictions are near impossible for business. Fahy and McDonald have said they are pushing Gov. Andrew Cuomo to increase indoor capacity from 50 to 75 percent.

Fall arrived a week early in the Capital District, bringing nighttime temperatures down into the 30s last weekend. It was an unwelcome forecast for Jason Pierce at Savoy Taproom. He did not sit at the Sept. 22 roundtable discussion, but he’s one of several restaurateurs who have ushered customers outdoors. As the weekend approached, he launched an online plea for support.

“Order takeout. Grab a hoodie and enjoy a drink and some food on a heated patio,” Pierce wrote. “Show your support for those restaurants that you know are doing everything they can to keep you safe by making a reservation and joining them for a meal in their dining room. Do what you can to help them survive the coming months.”

This month, Yelp published a bleak report on the national restaurant scene. The online review publisher reported more than 30,000 restaurants closed, which were previously open in March. Of those that have closed their doors, 61 percent shuddered permanently. Another 54 percent of bars and nightclubs have closed for good, according to Yelp.

Eateries with portable food have a better success rate. Pizza places, delis, food trucks, bakeries and coffee shops flourish, relatively, compared to breakfast and brunch restaurants, burger joints, sandwich shops, dessert places and Mexican restaurants that struggle. But that success doesn’t translate well for businesses who use third-party delivery services. Dominick Purnomo, wine director and co-owner of Yono’s, said those services take 30 percent from each order. “Not reinvested. It goes to someone who has no vested interest in your business.”

Owners said they feel delivery services are taking advantage of them. Five years ago, they quoted service costs to be as low as 10 percent. They could opt to pay more, up to 30 percent, to receive preferred service, but fees have steadily climbed since with no added perks. Restaurants have grown dependent on the services these past several months, so threatening to quit the service holds no weight, said Purnomo. “They know we can’t play hardball.”

Grubhub has presented itself as one of the industry’s loudest proponents despite questions over delivery fees. The food-ordering and delivery service said it spent $100 million in its second quarter to support restaurants and drivers. In an August letter to Washington, Founder and CEO Matt Maloney pledged his support for The Restaurants Act of 2020.

The proposed legislation provides a $120 billion Revitalization Fund that will infuse capital into local economies and help small, independent restaurants.

“The plight of restaurants is of such a magnitude that it requires federal intervention,” wrote Maloney.

The Tuesday morning panel discussion was the first of an anticipated month-long tour Fahy and McDonald each plan so as to listen to local businesses and the challenges they face. So far, restaurateurs are asking for increased capacity, alcohol to-go orders, reduced taxes on alcohol purchases and a 15 percent cap on delivery fees.

“These small businesses, and restaurants, are the backbone of our communities,” Pierce said. “They employ our friends, brothers, sisters, parents and children. Establish another round of Payroll Protection loans, pass the Restaurants Act.”