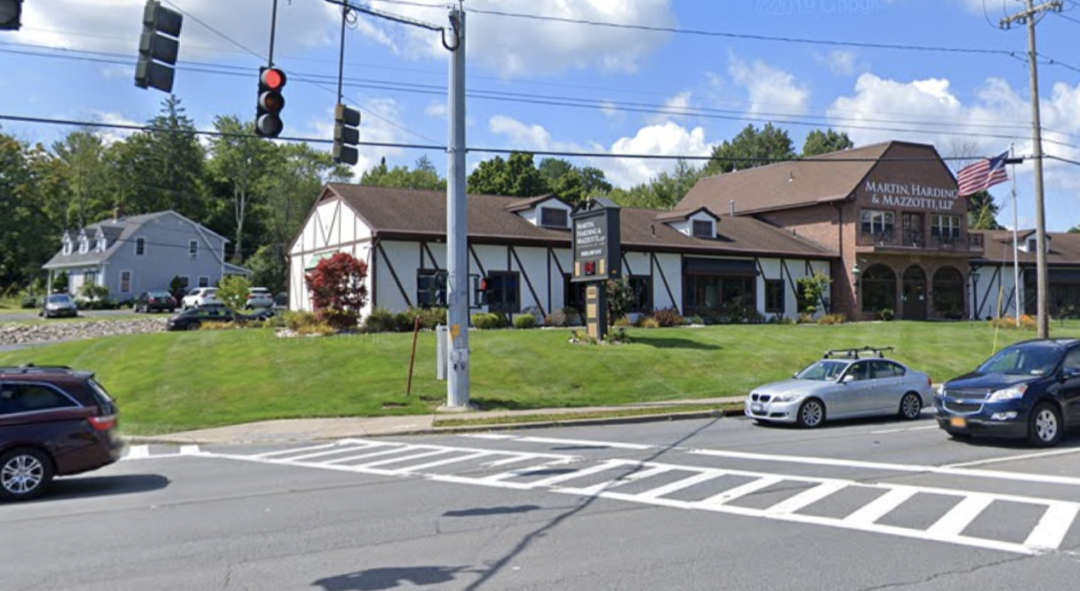 COLONIE — After public hearings, the Town Board last week opted to table any decision on two zoning change requests until a review of the Land Use Law is complete and modifications are made.

The review and any subsequent changes are a follow up to the three-year review and update of the town’s Comprehensive Plan completed in July 2019. The broad brush plan laid out a vision for all aspects of living and doing business in town, but it is not a legal document and carries no legal weight when development is considered.

It was always the plan to follow up with modifications to the legally binding land use laws and zoning regulations but the plan was somewhat delayed, said Town Attorney Michael Magguilli because of COVID-19 and because the attorney working on the project took another job.

“We will hear the public and applicants and table the resolutions and the reason why we are doing this is the town has always intended, as part of it Comprehensive Plan, to do a comprehensive review of the Land Use Law to make sure the land use law is consistent with the Comprehensive Plan,” he said. “Rather than address these zoning change requests on a piece meal basis, which can be problematic, the Town Board will address these issues subsequently as part of the total review of the Land Use Law.”

There is no time table set for when the review will be complete and any changes are approved by the Town Board but it will likely take more than six months.

One of the two requests was to change 1222 Troy Schenectady Road from Single Family Residential to Commercial Office Residential.

The property in question fronts Vly Road, across the street from Stewarts, and has been home to the law firm of Martin Harding and Mazzotti for more than 20 years. The firm also owns two parcels of land behind the main office and it is looking to develop that land but is handcuffed because it is zoned SFR.

Right now, the single family home behind the firm’s main building, which would be demolished to make way for a new office building, is used as an ancillary office, said Jamie Eason, of MJ Engineering and Surveying, who presented reasons for the request to the Town Board.

Easton said his clients were surprised to learn the property was zoned SFR in 2007 and pointed to the fact it is technically on Troy Schenectady Road, which is a commercial thoroughfare, and that half the property is in Niskayuna where it is zoned commercial.

“When they bought the property it was zoned as BusinessE and they did not know the underlying zoning was changed,” he said of his clients. “My belief is that it was an oversight. This place has never been not occupied by a commercial business so I don’t know why that oversight occurred. I don’t know why it was a business that was zoned to single family.”

Prior to the law firm, the building was home to other commercial businesses like a ski shop and a clothing store.

While there is not a concrete plan on the table, a three-story, 20,000-square-foot building has been discussed by the law firm and department heads in town.

A number of residents spoke in opposition to the project, even though it has not begun the planning process as of yet.

“All the homes around it are residences. It is surrounded by residential property. Vly point is residential, I understand it is multi-unit but it is residential,” said Thomas Jasiewicz, who lives at 412 Vly Road. “The traffic at that intersection is very difficult. I have lived there since the 90s and when I moved in I was told that I was told it was a buffer to separate the commercial from the residences.”

“I’m asking you to not change the zoning to commercial,” said Jeff Floodwin, who lives at 407 Vly Road. “When I bought the house the map had residential zoning on it. If there were oversights in the past? I really don’t know what happened before, all I know is I have a property that is slowly being infringed upon based on variances and other things. I just want it known I am against the change.”

Many of the concerns, like traffic, the size of the building and ingress and egress, will be addressed by the Planning Board should the law firm choose to continue with the project. The Town Board will only address the overall zoning.

“We will be looking at it in an entire piece, and knowing that in 07 when the change was made, we have had other people over the years who didn’t know their property was rezoned,” said Supervisor Paula Mahan. “This is a perfect example of ‘you shake your head and don’t understand it’ but we need more time to do our due diligence. We need to make sure, and we need to understand it fully and compare it to the goals of the comp plan.”

A request was made to change 2.4 acres of vacant land at 44 Waterford Avenue from Single Family Residential to multi-unit residential.

This project, which would construct eight town homes on eight lots which would house two units each, has begun the planning process.

Nia Cholakis, who presented the request on behalf of Richard Rosetti Associates, said there are multi-unit homes surrounding the land and it would not be “spot zoning” per say but it would just require moving the existing lines to, appropriately, include the vacant land as multi-unit rather than SFR.

She said at one time the project currently on the table was a permitted use prior to the sweeping changes to the Land Use Law in 2007.

“It was a dramatic land use change and we were not given any notification of the change to  permitting a two-family dwelling,” she said. “What we are trying to accommodate, and do, is correct what I perceive are mistakes or oversights when that wholesale change in the zoning occurred. There was no maleficence, but they made dramatic changes that impact a number of people.”

She said a number of concerns, particularly about density and buffering, have already been addressed by the Planning Board and the board did recommend changing the zoning to multi-unit residential.

The townhomes would be two-stories and be about 1,500 to 1,600 square feet with three bedrooms, two baths and a one-car garage but the final design has not yet been completed. Construction could begin this spring, depending on the duration of the review process.

“I am in support of the application but I also think it is a good idea to allow the land use analysis to proceed,” said Town Board member David Green. “Certain projects could be pushed through quicker than others. Low fruit of the tree will likely be picked off first.”