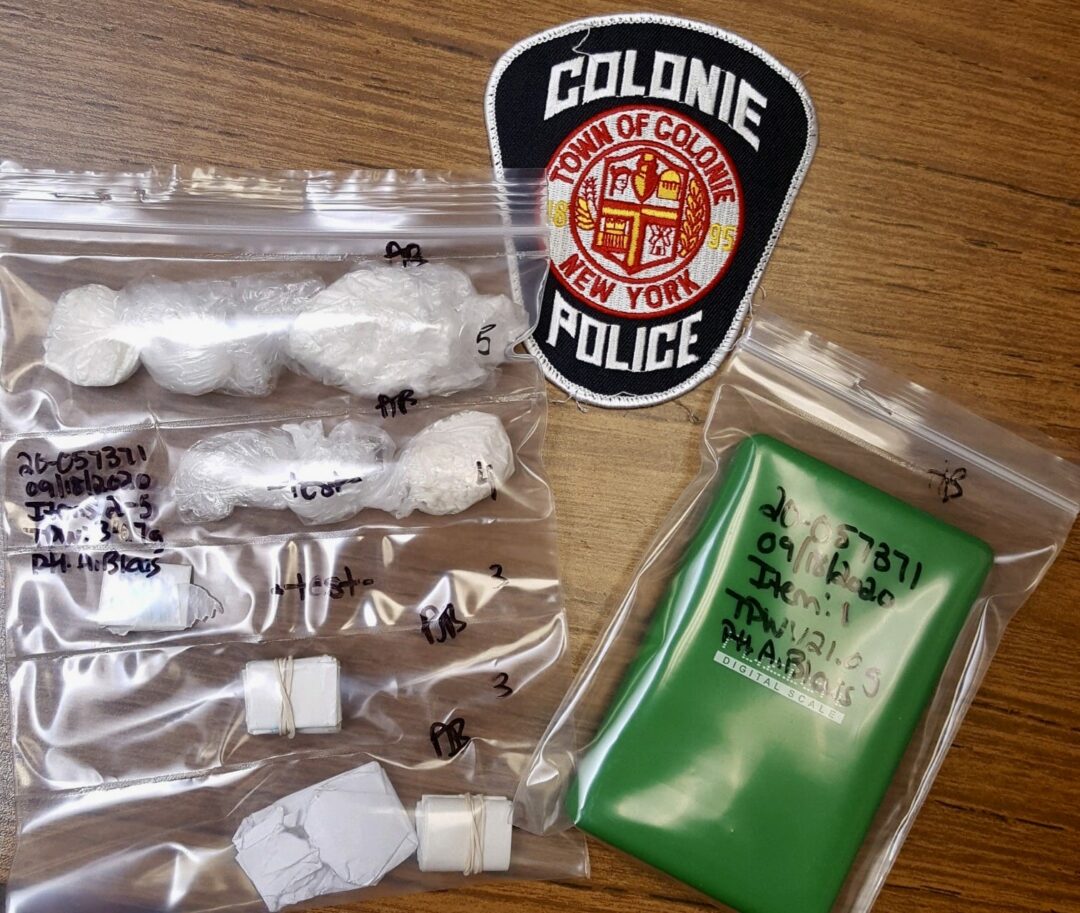 The first, on Thursday, Sept. 17, according to Lt. Robert Winn, started when Officer Austin Blais stopped a 2009 Chevrolet PT Cruiser at the intersection of Central Avenue and Wolf Road.

The driver, Roosevelt Cobb, 67, of Watervliet, “was observed to have a plastic bag with what appeared to be cocaine sticking out of his sweatshirt,” according to Winn.

After an investigation, Cobb was found to allegedly be in possession of more than 15 grams of cocaine packaged in three bags, 20 glassine envelopes of heroin, a scale and more than $1,200 in cash.

He was arraigned in Colonie Town Court and sent to the Albany County jail without bail pending a preliminary hearing that was slated for Monday, Sept. 21.

The second arrest came after officers Blais and Ryan Howe stopped a 2012 Chevrolet Cruz at the intersection of Central and Maplewood avenues.

The officers has seen the vehicle leaving the Scottish Inn on Central Avenue.

The driver, Guy Crawford, 37, of Vermont, was found to have 13 suspensions on his license and was allegedly in possession of a small amount of

As police searched his room at the Scottish Inn, they found 29 grams of fentanyl and glassine envelopes used in the packaging and sale of illegal narcotics.

He was arraigned in Colonie Town Court and released on his own recognizance.