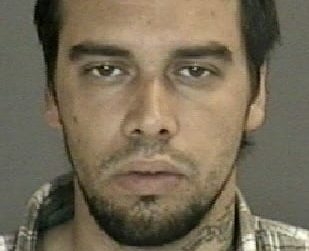 COLONIE — Two men were arrested on Sunday, Sept. 13 after going on a crime spree that included allegedly robbing four locations in town.

According to Lt. Robert Winn, police collected video evidence from the four businesses and determined the two were driving a silver or gray convertible.

At around 5 a.m., patrol officer Frank Peris spotted the suspected vehicle on Route 9. Traveling alongside the 2000 Mazda Miata was an ATV reportedly stolen in one of the burglaries.

The car stopped and police arrested the driver of the car, Luigino Franchini, 30, of Albany.

The ATV sped away, but it was found a short time later on Old Loudon Road near Route 9 and Devin Delevan, 24, of Stephentown, was found walking nearby and he was placed under arrest.

All the items stolen from the four businesses were recovered:

Both men are on probation for previous criminal convictions — Franchini in Albany County for criminal obstruction of breathing and Delevan in Rensselaer County for conspiracy.

They were arraigned in Colonie Town Court and released back to the supervision of probation.

ON THE BOOKSHELF: Gripping fiction that will transport you (adult)

RETIRING RETIREMENT: This senior is still standing … and so is his confidence