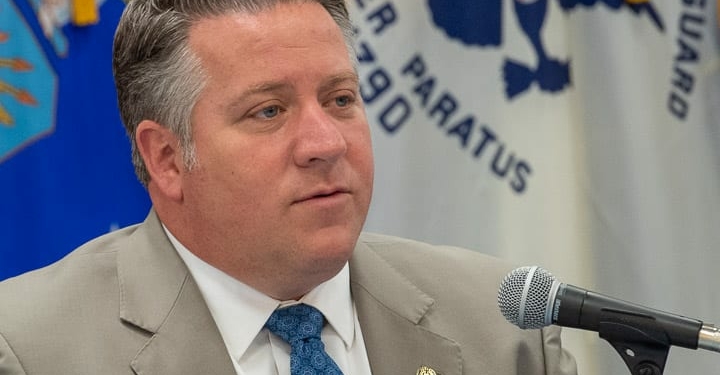 ALBANY — The county saw the largest single day increase in COVID-19 cases in a month with 23 new cases reported from Thursday to Friday.

Meanwhile, there are 31 new cases at UAlbany over the past 48 hours. Some of those cases are included in the latest number of positives reported countywide while others were reported previously. Other reporting limitations are tied to “point of care” tests, or tests that give results in minutes rather than days.

There have been 40 cases at UAlbany since the semester began earlier this month. Most cases are tied to athletics and to off-student parties in the Pine Hills neighborhood of Albany, said County Executive Dan McCoy.

In response, UAlbany President Havidan Rodriguez said all athletics are suspended until further notice and all athletes will need to participate in surveillance testing. Six students have been suspended, five students have been removed from student housing and others are under investigation for not following safety protocols.

“While this is a measure of last resort, we will continue to move in this direction if we find anyone endangering the health of our university community and our surrounding communities,” he said during a press briefing with MCCoy on Friday, Sept. 11.

As of Friday, there were 2,627 cases in Albany County with 393 people under mandatory quarantine. There are 2,560 people who tested positive and recovered with 14 in the hospital for a rate of .5. There is one person in the ICU. There has not been a new hospitalization for three days.

Across the country, colleges are struggling to contain the virus as students returned to campus. Earlier this month, Gov. Andrew Cuomo issued a directive that if there were more than 100 reported cases, the college must shift to a virtual learning to keep students separated.

“Whether or not your school stays open depends on what you do,” Dr. Elizabeth Whalen said to students regarding the county responsibility of contact tracing positive cases. “There are a good amount of students out there who realize the importance of doing the right thing and realize the danger of students who are infected and not doing the right thing and they are letting us know.”

The positive cases on college campuses are reported where the campus is located and could have an adverse impact on the metrics that allow other activities and businesses in any given region to remain open as per state guidelines.

Bethlehem will not play soccer or field hockey this fall