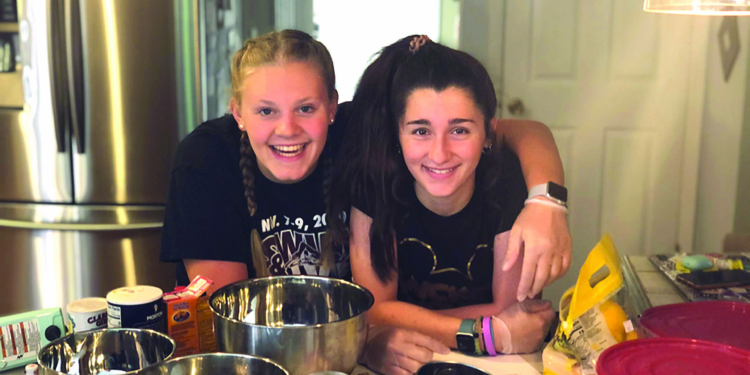 Two rising sophomores at Bethlehem have raised over $1,000 for Girls, Inc. through cupcake sales. Hannah Fronheiser and Olivia Hopper said they had been baking all through the quarantine and wanted to put their skills to good use.

“We wanted to support Girls Inc. because we feel all girls should have equal opportunities and education,” Fronheiser said. Girls. Inc. was founded in 1864 and focuses on cultivating girls and women to be independent.

Fronheiser and Hopper’s fundraiser raised $1,329. Hopper’s father promised to match the donations the girls raised, bringing the total to $2,658 for Girls Inc. The girls baked nearly 400 cupcakes with the help of their sisters, Natalie and Addison.

“The best part was seeing everyone support the cause,” Hopper said. The girls are planning to continue their cupcake fundraisers monthly and have already began to prepare for the next one.

The cupcakes themselves were enough to draw a crowd. The girls sold out 2 hours before the fundraiser was over and towards the end, had to limit the number of cupcakes per customer. “They make a fantastic cupcake,” Jane Fronheiser, Hannah’s mother, said.

Live entertainment venues need you to know, things are dire