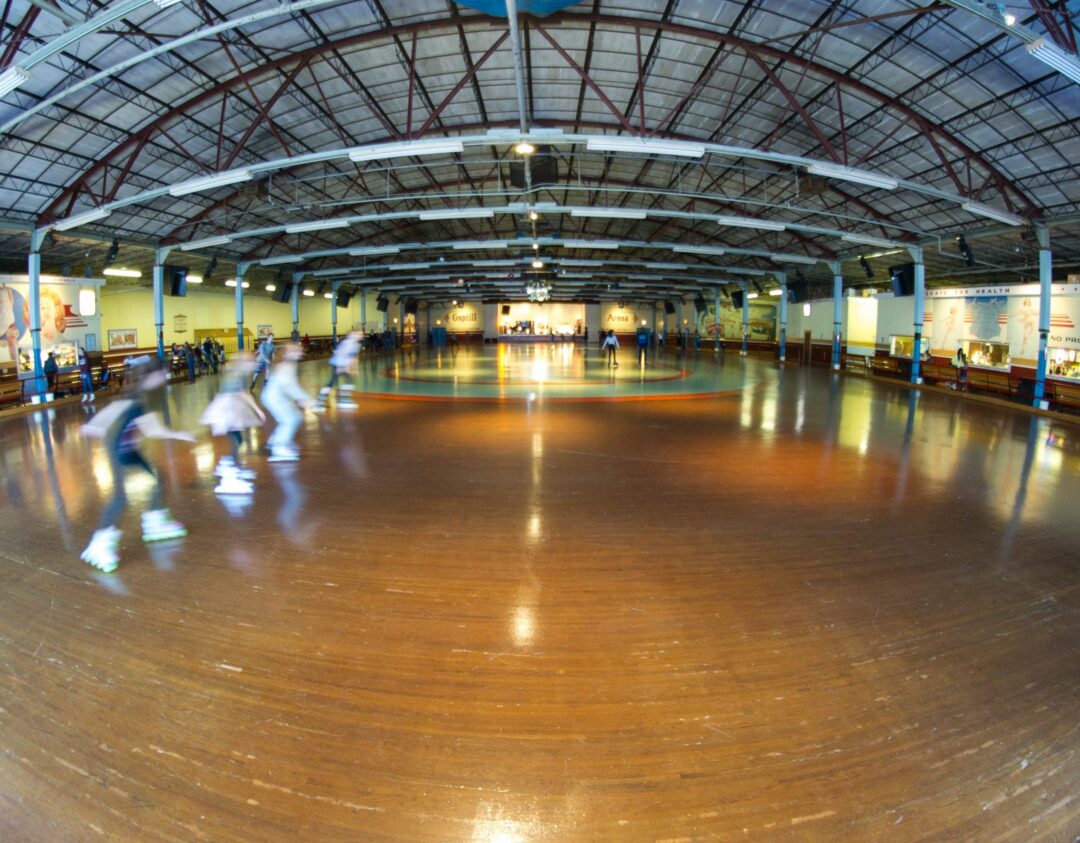 COLONIE — Disability Rights New York brought a complaint late last month against Guptill’s Roller Skating Arena to the Department of Justice on behalf of a 17-year-old with Cerebral Palsy.

According to the complaint filed with the DOJ Civil Rights Division, on March 15, 2019, Leahna Walker was told she could not use the main skating rink while in her wheelchair because it was not safe. Her mother tried to take Walker to another portion of the arena, the dance floor, but was unable to navigate the wheelchair up a step, which, according to the complaint, is not in compliance with the Americans with Disabilities Act.

Walkers mother, Recale Walker, initially brought the complaint to the state Division of Human Rights, which did not find any credible evidence that Guptill’s engaged in discriminatory practices. But DRNY is picking up the case because, in part, that organization “accepted Guptill’s claim at face value,” concluded its investigation after one conference call and did not interview any other witnesses.

“Leahna wanted to go roller skating with her mom. Instead of leaving with cherished memories, she will always remember how Guptill’s went out of its way to ruin her day,” said Timothy A. Clune, DRNY executive director.

In a response to the Division of Human Right, David Luntz, the attorney representing Guptill’s, wrote “it is abundantly clear” that the skating rink did not “in any way discriminate against complainant or her daughter based on her alleged disability.”

Luntz said there is no basis for the claims of disability discrimination because there was no an admission fee paid for Leahna Walker and she did not have the ability to propel herself around the rink on roller skates.

“Respondent was, likewise, not obligated to permit complainant to push her daughter in the wheelchair on the main rink as a reasonable accommodation because such a modification would require respondent to fundamentally alter its services and programs and expose its other patrons to physical harm,” he wrote.

He maintains Walker and her mother were not denied admission to the dance floor because of the step, but because they did not pay the $20 fee for use of that portion of the facility. While acknowledging there is a step leading to one part of the dance floor, other parts are accessible and ADA compliant. Ricale Walker claims Guptill’s employees refused to help her navigate the step.

She was told she could not push a wheelchair in the main rink — in accordance of with the house rule of not allowing anything not affixed to the body such as hats or skate boards — and that she could use the smaller, practice rinks. Ricale Walker left the main rink but returned via another entrance and “cut across the track of the rink in violation of safety rules, almost caused a collision between herself and her daughter and other skaters and caused two other skaters to fall in trying to avoid complainant and her daughter.”

DRNY claims Guptill’s did violate the ADA by not making accommodating a person in a wheelchair.

“Respondent has violated the ADA by failing to provide Ms. Walker with a reasonable modification to policies and removing structural barriers, thus denying her the full and equal enjoyment of the facilities,” according to the complaint.

Luntz said allowing people on the main rink without skates or the ability to propel themselves on skates would eliminate “the very essence of the activity in question and … would introduce unacceptable safety risks into the activity.”

DRNY is asking Guptill’s to modify it policies to allow people with disabilities access to the main rink, modify access to the dance floor portion of the arena, make employees undergo training on how to treat customers with disabilities, pay attorney fees and other costs and such relief as the Office of Civil Rights deems appropriate.”

Cuomo leaves what schools will look like up to individual districts