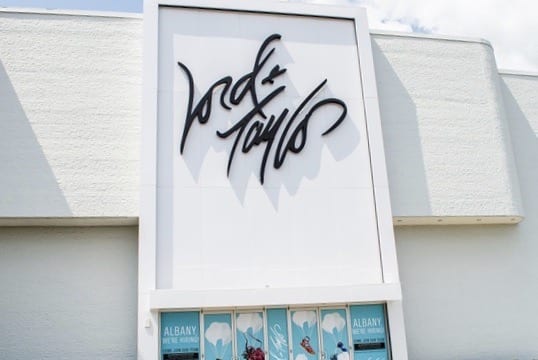 GUILDERLAND — Lord & Taylor, an anchor store at Crossgates Mall, is closing, according to a number of reports.

Founded in 1826, what is billed as the nation’s oldest department store filed for Chapter 11 bankruptcy in the U.S. Bankruptcy Court in Richmond Virginia on Aug. 2, according to Forbes magazine. Nineteen of its 38 stores have begun liquidation sales, including the Crossgates location and five others in New York state, according to Forbes.

The upscale department score, along with other bricks and mortar retailers across the board, have struggled as online sales skyrocket — and that was before COVID-19.

Ten years after Crossgates opened its doors in 1984, Lord & Taylor moved in during a massive expansion at the mall. It closed those doors in 2005, but re-opened under new ownership in 2014 at its current, 100,000-square-foot location.

According to Forbes, stores slated to close while Lord & Taylor looks for another owner include New York locations in Syracuse, Buffalo, Rochester Yonkers and Bay Shore. Others on the chopping block are in Connecticut, Florida, Maryland, Michigan and New Jersey.

Lord & Taylor was originally part of May Department Stores Co. based out of St. Louis. It was purchased by the Toronto-based Hudson Bay Co. in around 2005 and it was sold to Le Tote, out of California in November, 2019.