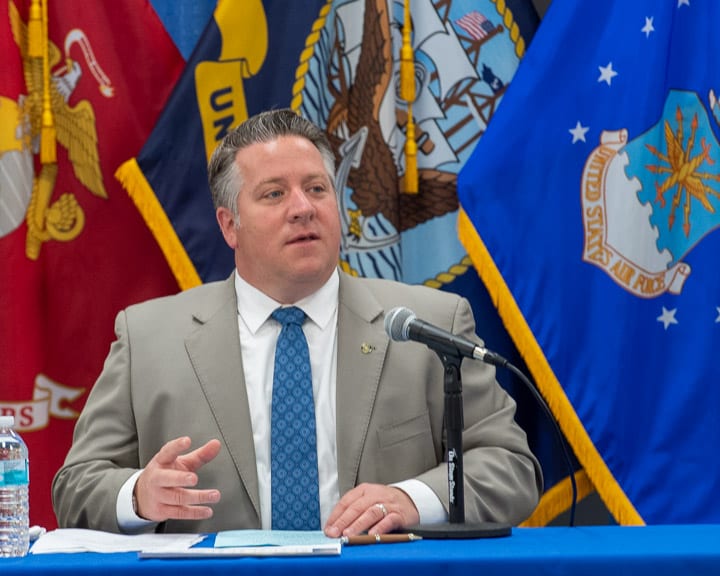 ALBANY — As the eight-county Capital District readies to enter Phase III on Wednesday, there are just 107 cases of COVID-19 in Albany County.

Because the numbers are so promising, as of tomorrow, if all goes as expected, 89 percent of the workforce furloughed or laid off due to COVID-19 will again be employed.

Included in Phase III is in-house dining at restaurants with a maximum of 50 percent capacity and parties of no more than 10 people. Nail salons, tanning salons and tattoo parlors can also re-open on Wednesday. There will have to be a separation of six feet between tables or chairs, everyone has to wear a mask and there has to be a separate entrance for employees and customers.

“I know people don’t want to wear a mask,” said County Executive Dan McCoy during his daily briefing. “But you have the right to not go in that store if you don’t want to shop there. There are online options. You have to respect the other people in the store and the people who work there.”

The two industries represent some 14,400 jobs in Albany County.

The indoor portions of malls, like Crossgates and Colonie Center, is not included in Phase III but that could change as the number of new infections continue to decline. The Capital District is expected to begin Phase IV on July 1.

As of Tuesday, there were 1,835 positive cases in Albany County, up seven from Monday, with 241 under mandatory quarantine with 1,728 who have tested positive and recovered. The five-day average of new positive cases is at 4.4 percent and the recovery rate stands at 94.1 percent.

Meanwhile, a woman in her 90s died from Monday to Tuesday, bringing the total number of Albany County residents who died from COVID-19 to 120.

All but two of the deaths older than 60 and all but two had underlying health conditions.

Farmers’ Market kicks off at the Colonie Library (w/photo gallery)