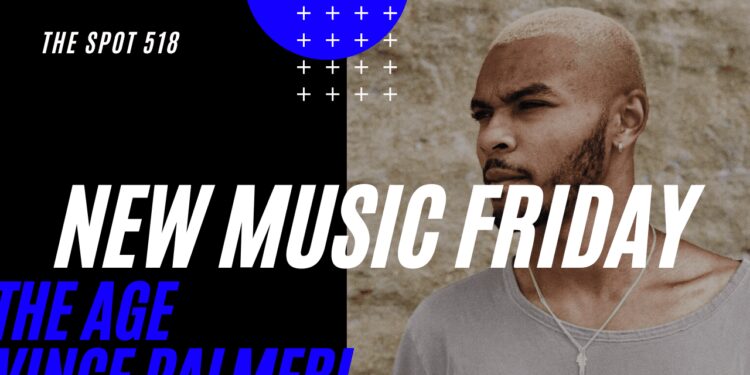 When people speak of the breadth of musical talent in our area, Adrian Lewis is in every conversation.

As The Age, Lewis is both a gifted guitarist and singer. With a neo-soul musical styling, he melds together sounds from the two places he has called home: the serenity of the West Coast with the jazz of New York’s late-night scene. Immensely popular within the local scene, but with just two tracks on Spotify and another couple on SoundCloud, he’s somewhat allusive. It keeps fans of his music thirsty for more. Well, he’s been teasing something new since March from his latest collaboration with The Gents, and he recently dropped a single on SoundCloud.

“Take a Dive” is another joint that jumps in with Lewis playing a soulful guitar, this time backed by Marcelle Johnson on the piano. It’s his trademark sound that will have you swaying in a gentle summer breeze or at that New York jazz club late at night. Put your headphones on, close your eyes and have a listen.

Lewis produced the track along with Gabriel Michael and J. Panucci, the latter of whom mixed the song as well. James Rock engineered the vocals. Lewis also gives credit to Kingston-based guitarist Brandon Rutski. “This song would not be what it is without him.”

Our resident pop artist has apparently lost his mind and is exhibiting unhealthy lifestyle choices in his latest video “Guilty Pleasure.” It’s essentially a sub-four-minute rundown of everything you’ve seen on TikTok. Yeah, stop clownin’. You know you’re on there.

Directed by Cameron Gallagher, and produced by Theory and Simone Ermacora, “Guilty Pleasure” puts Palmeri into various situations, sneaking smokes outside in the backyard and escalating his choice of alcohol before feasting away on the couch.

Palmeri has been on a one-man mission to make pop music great again, and he’s been doing it piece by piece. This latest track is a tight number just in time for the summertime — and if the clubs were open, it would be worth getting on the dance floor for this one.

“Guilty Pleasure” is available on all streaming platforms. See the video on YouTube.

C.K. and The Rising Tide

Curtis K. Flach has drawn inspiration from, and has been compared to, different artists from the 60s including Lou Reed and Bob Dylan, but not The Rolling Stones; until now.

C.K. and The Rising Tide dropped a cover of the Stone’s 1966 hit on YouTube last week. It’s not so much a video as it is just the audio played to the visual of the band’s logo on the screen. However, it’s a refreshing take from the band known best for its Americana storytelling through song.

Flach and the band have released two albums together since releasing “American Romance” in 2018. Flach was previously solo, and had headlined the MOVE Music Festival with Sawyer Fredericks, and Jocelyn and Chris Arndt. But, while together, the troupe has composed clever, honest and meaningful music rooted in folk-rock and in a little bit of country. The release is a likely hint that the band is gearing up for yet another album release in as many years.

The song is currently available only on YouTube, but be certain to check Spotify and other streaming media for future releases.

Creative people can’t sit idly by at home without producing something. It’s out of their nature. A recent compilation is a testament to that statement, and its available now for purchase with proceeds going towards charity.

The 518 Covid Quarantine Compilation is a collection of recordings made by local musicians while the rest of the world fell silent to virus-related shutdowns. Each song was either written or recorded within the past three months by artists who live or who are from the Capital District.

Curators of the music said that the idea came from viewing many local artists making and sharing recordings online. The compilation showcases the work of more than a dozen artists, including Asa Morris, Architrave, Haunted Cat and more.

Many of the tracks are low-fi productions ranging from electronic to post-punk. All proceeds after Bandcamp fees will go to Direct Relief (https://www.directrelief.org/), an international humanitarian aid organization working to obtain protective equipment and medications to healthcare facilities and workers in the fight against COVID19.
Keith Sonin compiled enough music to compose a 17-track album, mastered by Paul Coleman, and sequenced and edited by Jennifer Maher Coleman.

“So many great local artists collected here for the first time since the quarantine began,” said Sonin. “It really restores your faith in the restorative healing power of the sounds of a community of musicians, recorders [and] performers.”

The album is available for purchase at Bandcamp.

Despite confusion, Capital District officials say Phase II is on for June 3 (UPDATED)

THE 24-HOUR SHIFT: What adoption looks like these days