Dining out in business: Local eateries are adapting now to new world of social distancing 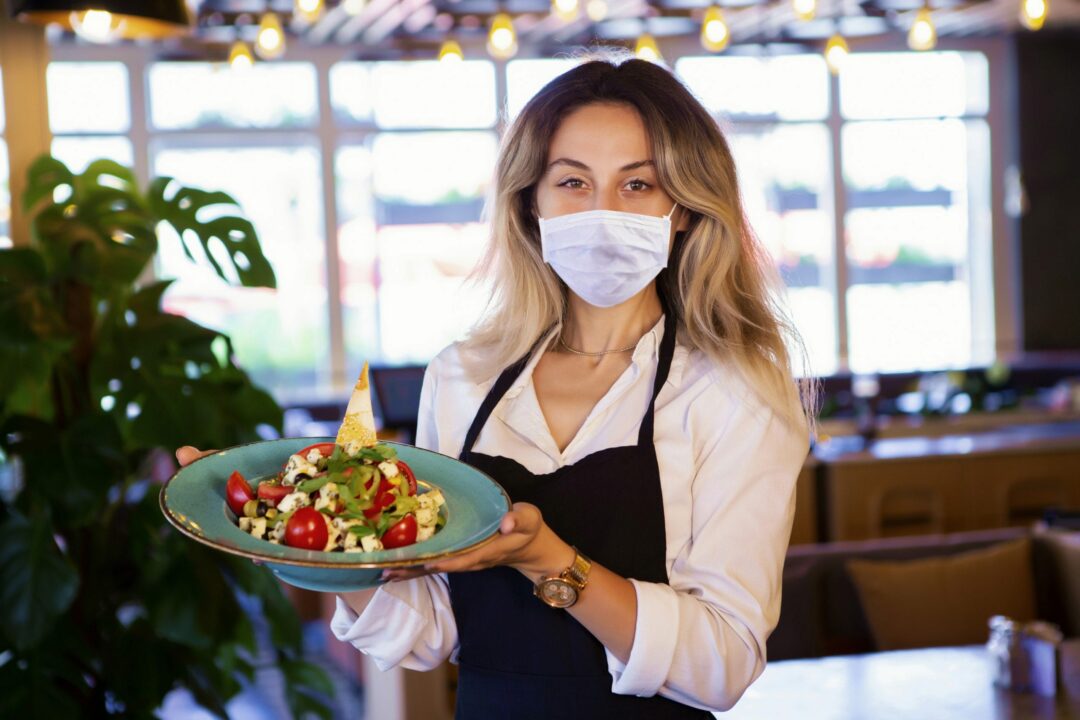 CORRECTION: The original draft of this article stated only three regions — Finger Lakes, Southern Tier and Mohawk Valley — qualified to reopen under Phase I of the governor’s 12-step reopening plan. More regions across the state, including the region encompassing the eight counties of the Capital District, have qualified as well.

Some restaurateurs are changing their dining rooms as they anticipate new social norms once doors are allowed open again.

Late last month, Gov. Andrew Cuomo unveiled his 12-step plan to reopen New York state businesses that have been closed since mid-March under the health concerns related to the novel coronavirus. That plan broke the Empire State into pieces, each monitored separately against metrics measuring the virus’ decline.

The Capital District recently qualified to reopen businesses, including construction, manufacturing and retail jobs. Area drive-in theaters also received approval to open, but more so due to the changing of the season and the basic nature of their customers remaining inside their cars. Nonetheless, there’s still the need to make some changes in order to limit person-to-person contact.

The entire economy has taken an unprecedented hit because state-mandated shutdowns have severed consumer money from cash registers. In April, the New York State Restaurant Association conducted a survey with the National Restaurant Association. The survey collected numbers across the nation, followed by localizing the data. During an online forum hosted by Aurelius Coworks founder and CEO Tom Nardacci, the leader of the state advocacy group said, “our numbers are some of the bleakest that are out there.”

Before the shutdowns, the state’s restaurant industry employed close to 660,000 people, said Melissa Fleisschut, president and CEO of the New York State Restaurant Association. After mid-March, half of the state’s eateries closed its doors, while others continued to offer take out and delivery. Restaurants in New York have lost $5.5 billion as of the end of April, Fleisschut said. Now, 80 percent of those 660,000 are unemployed.

“That number is incredible to all of us,” Fleisschut said. “The restaurant industry is a very hard-working industry. Spending seven days a week, 12-15 hour days with each other, they become like family. That’s a really hard statistic to deal with.”

The governor’s office won’t quote an exact date as to when restaurants will open again. It can’t. However, with the state broken into separate regions, it allows certain pockets least affected by the virus to open earlier than those hit harder by it. The region encompassing Albany, Rensselaer, Saratoga, Schenectady, Columbia, Greene, Warren and Washington counties was cleared to open industries including manufacturing, construction, agriculture and retail businesses. Retail, however, is limited to curbside pickup and in-store delivery. Restaurants are not among those listed. Should the county’s metrics continue to trend positively, it could be another four weeks for restaurants to reopen.

“We’ve been reading the room,” said Vic Christopher, president of Clark House Hospitality in Troy. He’s banking on that day coming as soon as next month. He is among several area restaurateurs preparing for a “new normal” that incorporates social distancing.

Christopher is renovating the long-vacant top floors of the Clark House building on Broadway, which includes his Little Pecks and Peck’s Arcade.

The third and fourth floors will be converted into private dining rooms juxtaposed with modern and rustic qualities. Each private room will be enclosed with glass partitions, allowing the restaurant to maintain an authentic dining experience. Exposed brick and timber will showcase the masonry and architecture of the Victorian Age building. And, each of the rooms will look out upon downtown Troy.

“It’s going to be very Troy,” said Christopher. “You’re going to be dining in a long-abandoned building and the backdrop is stunning.”

Christopher’s new business model may be the guide book to how restaurants operate once they are allowed to reopen. Enclosed dining rooms for each table, individual hand washing stations, and meal orders taken by phone waiting at the table once customers arrive.

Christopher is among half of the state’s restaurants Fleisschut quoted as those that have remained open by offering takeout and delivery services. That business has helped manage losses. He estimates business is at 50 percent from prior to shutdown.

“Originally, when we opened, we didn’t know the area very well and we thought the dining room was going to be too big to be a bar area, period,” said Jessica Lamoreaux, who co-owns to the restaurant with her partner and chef Christian Lofaro Chef. “Moving from the city, we always thought of smaller things, and as we progressed the bar became popular and people wanted to hang out there.”

Lamoreaux said she had always wanted to build a larger bar. With the restaurant closed to indoor dining, it provided the opportunity. By comparison, the original bar sat 10 patrons shoulder-to-shoulder, she said. The new, larger bar could seat 26, but she won’t order new barstools.

“Why not take the time while we’re closed, anyway,” Lamoreaux said. “Sure, it’s not the best time to be spending money, but at least construction is something where we can do a lot of the work ourselves.”

Il Faro has a seating capacity of 80 people, but Lamoreaux’s changes will slash that number by more than half. The new barroom will have a few tables. The previous barroom will provide for a private dining area. Together, Lamoreaux said the restaurant will accommodate 35 visitors at a time.

“So, now with thoughts of when we do open, there’s going to be major social distancing for the foreseeable future,” Lamoreaux said.

Il Faro is also among half of the state eateries open to deliver and takeout. Lamoreaux estimates that business is at 20 percent of what it was. However, she credits a loyal customer base for keeping them in business. Slashing the menu and keeping flexible to what products are available to offer has allowed them to keep inventory costs minimal.

Loans
The federal Paycheck Protection Program has allowed some businesses to remain open and refrain from having to cut staff. Billed as a forgivable loan, it was highly sought, but if recipients fail to meet the provisions of the gift, it must be repaid.

Those provisions kept Lamoreaux away. “You don’t take out loans when times are unsure. That’s just how my dad raised me,” Lamoreaux said.

One of the provisions requires recipients to use 75 percent of the loan towards payroll. Christopher received the loan and offered 48 of his staffers to return to work. The majority of them refused.

With more than 33 million Americans applying the unemployment benefits, the federal government passed a stimulus bill that added $600 in benefits in addition to state-administered aid for up to 39 weeks. That has allowed some to estimate, including The New York Times, half of workers are earning more sitting at home than while working.

Christopher was able to coax former employees back to work by hiring them to help with the renovation work.

The future
“We think take out and delivery will continue to be a huge part of the industry moving forward,” Fleisschut said. “We don’t know beyond that what it’s going to look like. Is everybody going to wear a mask? … Are we all going to be socially distanced?

“This is so hard on the restaurant industry because we are a ‘social gathering’ group of people [and] not a social distancing group of people. … “But, we’re willing to work through whatever the challenges are so that we can safely and collectively come back to work.”