Management job for Cohoes Music Hall is up grabs 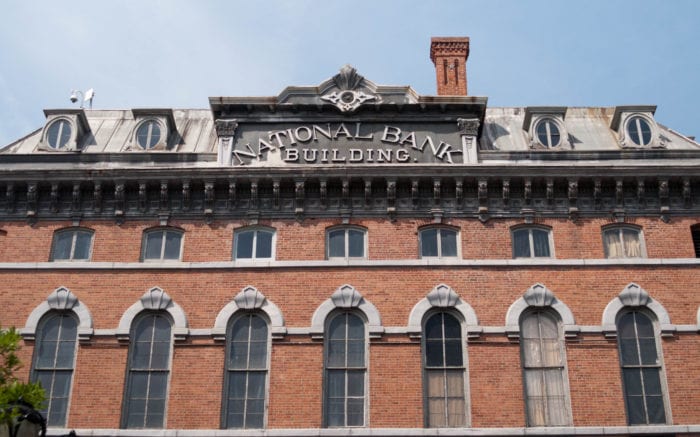 COHOES — The management company that has maintained Cohoes Music Hall over the past two years is pitching for its job after Common Council terminated its contract last month.

Music Hall Arts Alliance, Inc. has until Thursday, May 21 to promote itself again for a job the city had promised it would keep until the end of 2022. However, a pandemic and a change of mayor have opened the management job up for bid.

Holly Brown, executive director of Music Hall Arts Alliance, expressed her disappointment over not having had the opportunity to restructure the agreement.

“The Mayor and Council have stated that they are in support of the Hall’s continued operation and have been pleased with the job we’ve been doing,” Brown stated in a letter sent to patrons on Tuesday, May 12. “However, the Mayor felt that the most transparent course of action would be to issue an RFP (Request for Proposals) for the management of the Hall.”

Music Hall Arts Alliance’s contract with the city runs to July 31. Its new proposal will be reviewed along with others before a new contract will be awarded for Aug. 1.

Cohoes Mayor Bill Keeler has said the city could neither support the contract with the management company, nor the one for Park Playhouse. Severing ties with the two companies was to save the city approximately $200,000 this year. The former contract with Music Hall Arts Alliance called for the city to pay a management fee of $90,000. In turn, the city would have received $2.50 for each ticket sold. Last season, the City Hall received back $38,000.

“Regrettably, as a result of the COVID-19 pandemic it has not been possible to have performances at the Music Hall since March, and will not be for the foreseeable future,” Keeler said in a statement. “However, I am planning for the time, perhaps 2021, hopefully sooner, when the lights are back on and the seats are filled. I envision an eclectic mix of professional and community programs – theater, music, comedy, dance – that will appeal to people of all ages and interests. None of that would be possible if we did not take the actions we are taking now.”

Brown said her management company maintained the Music Hall off an annual budget of approximately $450,000, 20 percent of which was from the city. The city agreed to those terms prior to Keeler taking office in January.

“Our strong desire is to be the managing company that operates and programs the Music Hall for years to come,” Brown said. “We have made great progress in the last two years, and would hate to see that momentum be lost. … I feel we are best poised to lead the Music Hall out of this uncertain time and into the future. I believe our track record strongly supports that.”

Check it out: Bethlehem Public Library