Colonie gets a wrist slap for violating Open Meetings Law 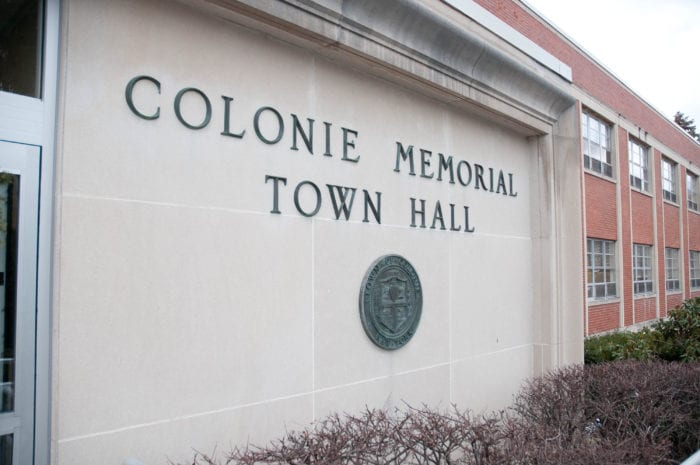 COLONIE — A good government group, on behalf of SAVE Colonie, a Partnership for Planning, chastised the Town Board for holding a meeting, the first in six weeks, without following proper protocols under the state Open Meetings Law.

Because of the pandemic, the public is not allowed to attend town meetings but, according to an Executive Order signed by Gov. Andrew Cuomo, it can hold meetings so long as they are broadcast.

The Government Justice Center, in a letter to the town, said the actions taken on April 9 “may be held invalid” because the meeting was not, in fact, broadcast.

On April 9, according to Town Attorney Michael Magguilli, prior to the 7 p.m. scheduled meeting, a tree fell on a wire and temporarily knocked out power to Town Hall. The camera appeared to be working, he said, but shortly before the end of the meeting they realized it was not recording.

“We were faced with a choice,” Magguilli said. “We had to choose between cancelling the Town Board’s actions and adjourning the meeting due to the power failure or proceed with the meeting.”

He said the board opted for the latter because the meeting minutes were transcribed and posted on the town’s website and because the board had addressed some important, and timely issues. For example, Town Board resolutions were needed to meet previously announced dates to accept bids, medical supplies for the EMS and a resolution allowing volunteer firefighters to take advantage of the towns Service Awards Program.

“In short, when we balanced these public safety issues against a technical violation of the Open Meetings Law, the Mahan Administration chose public safety,” Magguilli said.

In other words, the actions taken by the board stand unless it is formally challenged in court.

“We could not imagine that given the public safety crisis arising from the coronavirus pandemic, anyone would want to sue the town to void these resolutions since the town complied with intent of the law by posting the complete transcript the following morning on the town’s web site,” Magguilli said. “Apparently, we were wrong and forgot that some groups will always put petty politics before public health, safety and welfare. If the group that calls itself ‘Save Colonie’ wants to sue the town because it was denied the right to view the Town Board meeting live, well that is their right and they will have succeeded in making a minor political point, but at what cost.”

In his letter to the town, Cameron Macdonald, head of the Government Justice Center, said the town should also have broadcast the agenda session, which is held prior to most Town Board meetings. During normal times, the session, where Town Board members discuss agenda items, it is open to the public but not generally broadcast.

“The Open Meetings Law requires the agenda session to be open to the public,” Macdonald wrote. “The Legislature passed the law to make every step of the decision-making process open to public scrutiny.”

Magguilli said it was not broadcast on April 9 because the board opted to not hold the meeting.

“The town has suspended all agenda sessions during New York Gov. Andrew Coumo’s Pause pending the Covid 19 crisis resolution,” Magguilli said. “You can’t broadcast — live or otherwise — a meeting that did not take place.