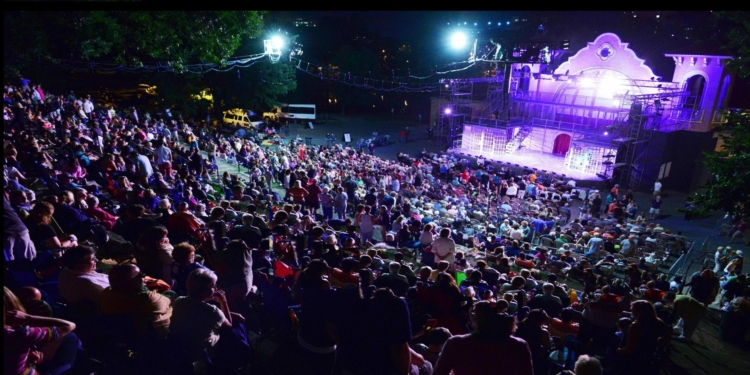 ALBANY — Argentina may not cry for Evita, but we can.

In an online statement to its patrons, the Playhouse Stage Company and Park Playhouse canceled its planned production of “Evita” yesterday, April 8.

Owen Smith, the company’s artistic director, said it was a matter of maintaining safety in a time of uncertainty.

“Our first concern is certainly patron safety, and the current uncertainty around timelines for continued social distancing and restrictions on public gatherings played a significant role in this determination as well, as our Broadway-style summer shows take months to effectively plan and produce,” Smith stated.

The Park Playhouse has been a summertime staple in the local arts scene since it was founded in 1989. It has since called Washington Park home, producing shows on the lake house stage. The stepped amphitheater seats 1,500 people, with shows often teeming with patrons on blankets and lawn chairs around it on a warm, summer evening.

The cancelation of “Evita” assures the stage will fall silent for at least July, but Smith expressed hope that the company will still be able to salvage what should be its 32nd season. The late summer production of Roald Dahl’s “Matilda: The Musical” has not been canceled, and shows planned for Cohoes Music Hall and Canal Square Park remain on the schedule.

“This was a difficult decision for our team, but we want you to know that we still have every intention of achieving our mission of providing free, accessible theatre to our community this summer,” Smith stated.