ALBANY — The state Appellate Division ruled Colonie police did not have the right to search the trunk of a Schenectady man’s car and tossed the conviction associated with the gun officers found inside.

By a 4-1 decision, the judges ruled Colonie police did not have a valid reason for approaching the vehicle in 2018, no reason for asking Gregory Stover for identification and no reason for searching the white Hyundai he was sitting in outside a Central Avenue nightclub at about 3:40 a.m.

“The authority of police to approach individuals and request information is fairly broad, but such intrusion ‘must be predicated on more than a hunch, whim, caprice or idle curiosity,’” according to the decision released on Thursday, March 12. “The Court of Appeals has held that the fact an encounter took place in ‘a discrete area of the city identified as a high crime area’ does not, without more, justify police in approaching an individual to request information and identification.”

On Oct. 28, 2017 police were patrolling in the area of Shenanigans Night Club on Central Avenue. They watched Stover pull into the nightclub’s parking lot and go inside at about 3 a.m. Officers left and returned around 40 minutes later to see him sitting in the same car having an argument with someone on the phone.

They approached the car and asked if everything was OK. Stover, according to records, told the officers he was fighting with his girlfriend. The officers asked for ID, and Stover produced a drivers’ license. The officers ran the license through the computer system and found it was suspended because of a lapse in insurance.

They used that as justification to search the car and found a handgun, loaded with six rounds, in the trunk and charged him with two felony counts of criminal possession of a weapon and driving with a suspended license.

A year later he pleaded guilty to weapon possession because Albany County Judge Peter Lynch ruled the search of his car was appropriate. He was sentenced to five years in prison and five years of probation.

The Appellate Division, though, disagreed with that assessment and found officers did not follow a “graduated four-level test for evaluating street encounters initiated by police” as set forth by a Court of Appeals.

• Level 1: permits an officer to request information from an individual and merely requires that the request be supported by an objective, credible reason not necessarily indicative of criminality.

• Level 2: the common-law right of inquiry, permits a somewhat greater intrusion and requires a founded suspicion of criminal activity.

• Level 3: authorizes an officer to forcibly stop and detain an individual and required a reasonable suspicion that the particular individual was involved in a felony or misdemeanor.

• Level 4: an arrest requires probable cause to believe that the person to be put in custody for committing a crime.

Police justified approaching the vehicle because it was labeled a high crime area and the nightclub had been the scene of arrests in the past. The midlevel court, though, citing a decision by the Court of Appeals, the state’s highest court, disagreed.

“As that court explained, ‘it has been crucial whether a nexus to conduct existed, that is, whether the police were aware of or observed conduct which provided a particularized reason to request information’ beyond mere presence in an area where others had been known to commit crimes,” according to the ruling. “Here, there was no such nexus between the presence of defendant’s vehicle in a high-crime area and any conduct on his part.”

Furthermore, the judges ruled police had no occasion to approach Stover because they had no reason to believe he was anything but a customer. His vehicle was legally parked on private property, there were other vehicles around and did not receive any tips about any untoward behavior.

“The only remaining factor – defendant’s engagement in an argument on his cell phone while alone in his private vehicle – did not provide any apparent nexus to the drug and weapons crimes that police said were typically committed in the area, or give rise to any other objective reason to question his presence,” according to the decision. “Thus, we find that police did not have the requisite objective, credible reason for approaching defendant’s vehicle in the first instance.”

Based on the initial conversation, police had no “credible reason” to run Stover’s drivers’ license. Since police gave the fact it was suspended as the reason given for searching his truck, the search was ruled invalid and the evidence gained from that search, the loaded handgun, should have been suppressed.

As such, the indictment was dismissed.

Judge John Eagan, in his dissent, said the police were well within their right to approach the vehicle after seeing Stover screaming at someone on his cell phone. After meeting “Level 1” requirements, he wrote, they did not ask him any “accusatory questions focusing on possible criminality,” but simply asked for identification.

“Had defendant’s license been valid, any further escalation of this police encounter would not have been warranted,” he wrote. “However, defendant’s driver’s license was not valid – it was suspended, thus providing the basis for the arrest of defendant for aggravated unlicensed operation of a motor vehicle. Because defendant could not legally drive the vehicle, the subsequent towing and inventory search of it (during which a loaded 9mm pistol was found) were legally justified.” 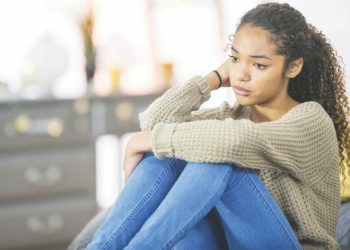