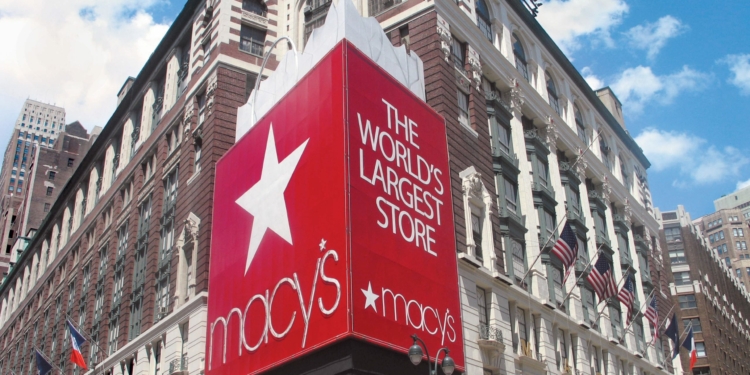 Questions loom over the fate of the area’s two Macy’s department stores after its corporate office announced it will close more than 100 underperforming stores within the next three years.

Jeff Gennette, chairman and CEO of Macy’s, Inc., said the company will work to “lower cost” and “reduce duplicative work” over the next three years.

“This will be a tough week for our team as we say goodbye to great colleagues and good friends,” Gennette said in a company statement. “The changes we are making are deep and impact every area of the business, but they are necessary. I know we will come out of this transition stronger, more agile and better fit to compete in today’s retail environment.”

Macy’s has built a retail empire since opening its first storefront in New York City more than 160 years ago. It has erected stores or acquired smaller regional chains over the years, taking over such names as Filene’s in 2005, Jordan Marsh in 1996 and several more along the way. Today, the brand that currently includes Bloomingdale’s boasts 842 locations.

The store chain’s recent announcement noticeably referenced a New York dateline instead of Cincinnati. Macy’s headquarters will move from Cincinnati, where it has been since 1994, to New York City.

Macy’s completed an aggressive evaluation of its fleet of stores, including projected profitability of each location based on consumer trends and demographics. Stores identified as underperforming will be closed. In total, 125 locations are targeted, 30 of which are already in the process of closure. The stores slated to close represent approximately $1.4 billion in annual sales.

The Crossgates Mall anchor store went through a noticeable change last year as it prepared to open its newest Macy’s Backstage. The 14,500-square-foot area within the store’s first floor offers discount products, many of which line the aisle leading up to a cash register.

“Our customers expect convenience and a tailored experience across all channels,” Gennette stated. “The more convenient, brand-right touchpoints we have, the greater loyalty and engagement we engender. This will enable us to grow with the next generation of American shoppers.”

Citing Macy’s Backstage as a success may quell fears of the department chain closing in Crossgates Mall, but that still leaves the question about its Colonie Center location.

Sears vacated its Colonie Center location in September 2017. Its departure left behind Macy’s, Boscov’s, and LL Bean as the mall’s remaining anchor stores. Sears’ downfall was just further proof that the most recognizable brands are not too large to fail as brick-and-mortar stores fell victim to online sales. According to Forbes, online sales outpaced brick-and-mortar retailers $261.9 billion to $179.9 billion in 2017.

Macy’s has continually addressed decreased sales in recent years. Last year, it announced it was phasing out its sale of fur, and announced a rental service at Bloomingdale’s, both to attract more millennial customers. The chain had also announced the planned closure of stores last February. Nonetheless, profits continued to decline for the department chain. Revenue declined from $5.4 billion to $5.2 billion, which was short of expectations according to a survey by Zacks Investment Research.

KKR & Co. L.P and Colonie Pacific currently own Colonie Center. The group placed the 54-year-old shopping mall on the market early last year. Once sold, it will mark the third time since 2009 that the mall has changed ownership. Macy’s continues to own its portion of the mall.