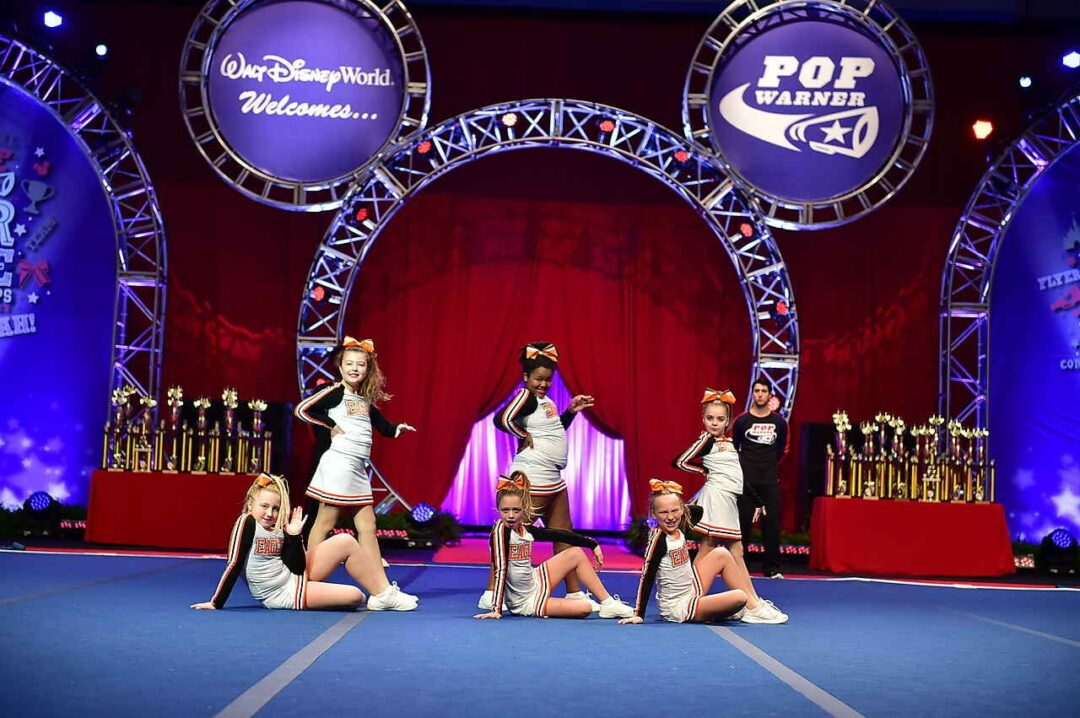 The Bethlehem Pop Warner Cheerleading team expressed hope that more girls will join this year before they compete again this fall.Lindsey Bradt

BETHLEHEM —   The Bethlehem Pop Warner Cheerleading team is optimistic for the new year, after placing ninth at the national ESPN Wide World of Sports competition at Disney World in Orlando, Florida back on Dec. 13.

Co-coach Lindsey Bradt expressed surprise at how, even with having the fewest number of girls allowed for the competition, they managed to place within the top 10 nationally. “I think it’s remarkable for them to be at this age and accomplishing something like this, which some people take a lifetime to do such a thing,” she said. “This was their first time competing together too. They have such an amazing team bond and they work well together on and off the mat.”

Teammates Gardy and Vogel said they were initially nervous entering the competition at Disney World but once they were there, it did not feel as scary as they thought. They also said that the team’s two-and-a-half minute routine only had a few minor missteps but they still felt proud and accomplished in the end.

Teammate Martell said, “Seeing that this was our first time competing and two of our junior coaches were coaching for the first time, they made a routine that made us go all the way to nationals which is crazy.”

Fellow teammate Bianchino said, “I think our coaches coach us really well. Every time we’ve done a stunt and we fell, the coaches would always tell us to get back up and we would. We keep on going.”

Vogel chimed in, “In the end, it made me feel better knowing that we did place in the top 10 nationally.”

The team had qualified to take part in the ESPN Wide World of Sports after competing at Pop Warner Regionals in Trenton, New Jersey in early November against 15 other teams.

The trip to Disney World was also made possible after they raised around $11,000 to reimburse the involved families for the costs of transporting the team and their co-coaches. The fundraising, which took place in November, was done with raffles, face paintings, a coin drop, GoFundMe pages set up by involved parents and more.

Looking ahead, Bradt said most of the team are returning to to embark on its winter season at Hamagrael Elementary on Jan. 27 for eight weeks to continue developing their skills and perfecting their routine. They will not compete again until this fall and they hope they can compete nationally again. She added that there is still time for new girls, even those lacking any cheerleading experience, to join if they want.

When asked why they want to encourage more girls to sign up this year, the teammates collectively said, “It’s so fun! It really is!”

For more information or if anyone is interested in joining, visit www.bethlehempopwarner.com or email at [email protected]