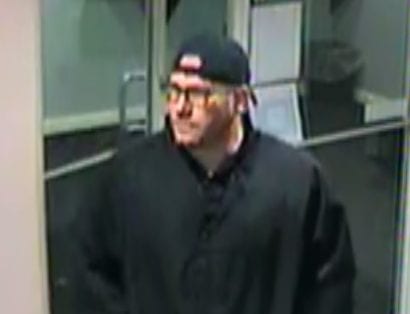 COLONIE — The East Syracuse man with two previous convictions for bank robbery and who was arrested a day after allegedly robbing the Pioneer Bank on Dec. 27, was released without bail.

“In light of the interest in the new bail/discovery reform for 2020 — here is an early example,” said Colonie police Lt. Robert Winn in a statement. “Happy New Year everyone! Especially happy for our most recent bank robber.”

Christopher Seamans, 41, allegedly walked into the Pioneer Bank on Dec. 27 at around 4:36 p.m. demanding money. No weapon was displayed or threatened but he did keep his hand in his coat pocket.

Seamans was not wearing a mask and made no attempt to hide his face from surveillance cameras. The images were circulated across traditional and social media and he was arrested a day later in East Syracuse by the DeWitt Police Department.

He was transported back to Colonie where he was arraigned in Town Court on the felonies of robbery and grand larceny.

He was released without bail pending future court action after a brief appearance before Albany County Court Judge William Carter on Tuesday, Dec. 31. All felony cases are transferred from local courts to county court.

Seamans was convicted of bank robbery in 2005 and again in 2010. He served time in federal prison after both convictions.

Colonie planning director leaving; Planning Board meetings to be livestreamed from Town Hall