The Bethlehem Town Board had unanimously passed a resolution to explore that inter-municipal CCA program and Town Supervisor David VanLuven signed an administrative agreement with MEGA during its Oct. 10 meeting. “Often when you hear people and municipalities talk about addressing climate change, taking it seriously and doing something about it, it’s usually things that are good steps in the right direction but won’t have a profound impact in the grand scheme of things,” he said. “This is not just about announcing something but really doing something about it.” 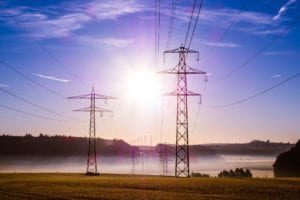 Bethlehem Tomorrow, a citizen group in town, will hold an informational session on the CCA program on Thursday, Oct. 24 from 6:30 to 8 p.m. at the Bethlehem branch of Capital District YMCA on 900 Delaware Ave.

The municipalities who have signed to explore CCA too are the towns of Guilderland, New Scotland, Niskayuna and Knox, the villages of Kinderhook and Voorheesville, and the cities of Glens Falls, Watervliet and Saratoga Springs. According to Louise Gava, the CCA project leader for MEGA, municipalities who have expressed interest in joining but have yet to officially sign to explore CCA with MEGA are the village of Altamont and the town of Charleston while the cities of Schenectady, Albany and Troy may explore CCA with another corporation besides MEGA.

The regional CCA program in the Capital District, Gava said, “is a bulk purchasing program for electricity and it’s localizing energy decision making. It gives us a pathway to do that in a big way instead of having everyone put solar panels in their house.”

Expanding on that, CCA lets municipalities purchase electricity in bulk from suppliers on behalf of their residents and it aims to get most or all electricity from renewable energy sources like solar, hydro and wind. By default, National Grid supplies and delivers electricity. Under CCA, National Grid would still deliver electricity but a new supplier would be hired through a bidding process by a contracted CCA administrator — in this case, MEGA —  that works with enrolled municipalities.

She also said that regardless of whether a municipality joins CCA or not, National Grid will continue to maintain and upgrade physical infrastructure like substations, power poles and wires as well as handle power outages. She added that there are “over 100 companies in New York state that can offer supply other than utility” and the enrolled municipalities in the Capital District CCA program would eventually have the same supplier.

Gava said MEGA would identify and recommend certain suppliers to the enrolled municipalities, based on the suppliers’ pricing per kilowatt hour, contractual language, work experience in New York state and with National Grid, and whether

CCA plans to offer stable prices for residents in enrolled municipalities and seek 100 percent clean energy if possible. “Once a supplier is selected through the CCA, the municipalities are going to sign a contract with the supplier which offers a fixed price through the length of the contract which can typically range from 18 months to three years,” said Jeremy Snyder, one of Bethlehem Tomorrow’s co-leaders. “It’s possible, though unlikely, that during that three-year period, the National Grid’s price goes a little bit lower while the CCA price stays fixed. It’s also not much of a drawback though as residents can, at any point in time, switch to a different supplier and they’re not locked into this CCA.”

Gava said National Grid’s price changes every month, unlike the price in CCA which would let residents know what they will pay in advance. With this reasoning, she pointed out though that it is not a 100 percent guarantee that CCA prices will always be lower than those of National Grid but CCA aims to save residents money overall. “CCA is also beneficial because there are a lot of predatory practices out there like through the phone and telemarketing about selling energy and a lot of those are bad deals,” she added.

Gava brought up how residents are not forced into joining CCA even if the municipality they live in has enrolled in it. “After a supplier is finalized, every resident will get an opt out letter with the municipal logo in the mail which explains the program, the pricing and contract’s terms,” she said. “It also tells everyone how they can elect to not participate in CCA. But if they’ve not opted out after 30 days of receiving the letter, they will automatically be in CCA. However, they can still leave the program at any time after that 30-day period. There’s no penalty at opting out at any time.”

An informational session, will be hosted by Bethlehem Tomorrow, on Thursday, Oct. 24.

LETTER to the EDITOR: Vote for Jim

LETTER to the EDITOR: Vote for Jim