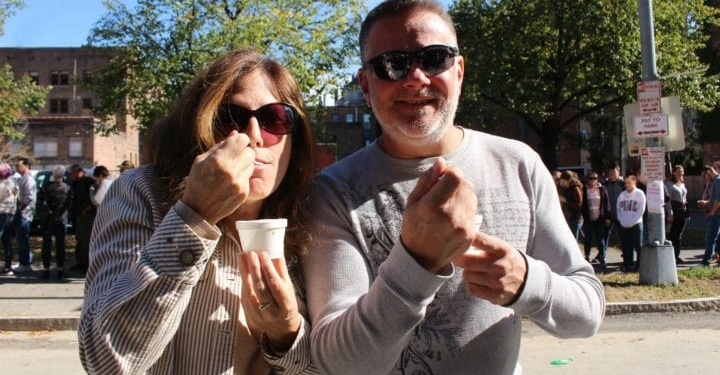 Thousands of chowder fanatics flooded the city streets to attend and take part in the 13th Annual Chowderfest, on Sunday, Oct. 13. There were plenty of long lines where hungry attendees waited patiently to sample vegetarian and non-vegetarian chowder from twelve local competitors who were competing in this year’s festival.

There was something fun to do for everyone. Visitors could listen to live music at Monument Square from Pony in the Pancake, The Age, Hartley’s Encore, Deb Cavanaugh and Tabitha Cavanaugh, and from RadioRadioX. Children took part in a train ride through River Street and First Street, face painting, made balloon art, played board games at the Bard and Baker booth, and painted pumpkins at the Bash Birthday Parties booth on Broadway.

Photos by Amy Modesti / Special to The Spot 518