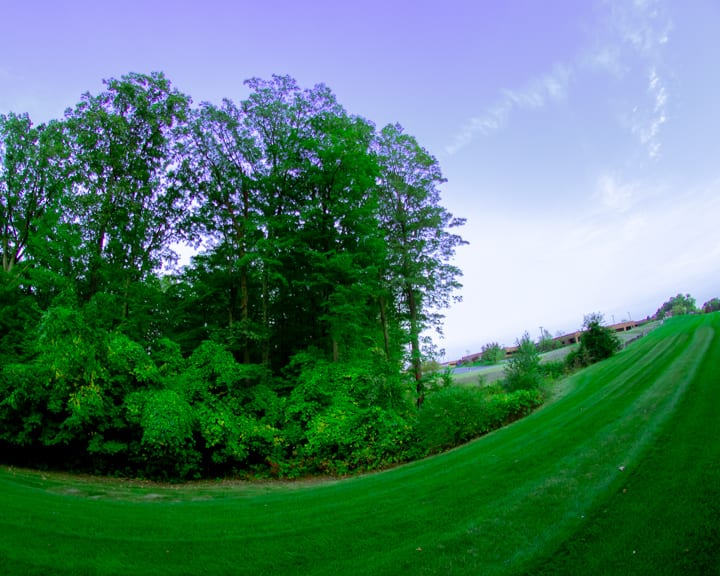 COLONIE — A 180-unit residential complex is being proposed on 30.2 acres of land between Troy Schenectady Road and British American Boulevard behind what is now Faddegon’s Nursery.

The plan, proposed by British American and Faddegon family, was slated to be in front of the Planning Board on Tuesday, Sept. 24 for a sketch plan review, a way to introduce the project. It was after this paper went to print, but a sketch plan review does not include public comment or any official action by the board.

According to the narrative submitted to the board, the land — which is actually two tax parcels that would be combined — is currently zoned for commercial use. For the project to proceed, it would need to get changed to Multi-Family Residential.

Jack Faddegon said he spent his whole life working on other people’s property to make them look nice and now he wants to do the same to this piece of land, which his family has owned for 100 years.

While the inside of the apartments will be nice, what will set this development apart from the others going up around town is that there will also be focus on the outside.

“There are several ponds and big oak trees and there will be walking trails and fire pits and gazebos and it will be as much about that as the kitchen and bathrooms. That is who I am,” he said. “It’s not that the units won’t be nice, but it will appeal to the people who like to get up in the morning and go bass fishing or take a walk or ride a bike. And it’s right in the middle of an area that has about 4,000 people who work within a half mile so I think it will appeal to people who want to walk to work or ride their bike to work. It’s the right spot for an apartment complex.

“With global warming, I think the less time we spend in our cars chocking up the highway the better.”

The popular nursery is on a separate chunk of land and will remain open, Faddegon said.

If the approval process goes smoothly, he hopes to break ground in the spring of 2020. He is, though well aware of the anti-development sentiment in town and hopes, by the time the project works its way through the process, to get their endorsement.

“I’d like them to look at the site and for them to be 100 percent in favor of it,” he said. “I know a lot of the people and I know a lot of the residents in town. I would like to work with them and eventually get their endorsement.”

The project, according to the narrative prepared by Advance Engineering & Surveying, there are two residential homes on the property, both are owned and occupied by members of the Faddegon family. The project includes three four-story apartment buildings with 70 units and one level of parking; six, two-story apartment buildings with 68 units and 12 one-story buildings that range from two to four cottages for a total of 42 cottages.

There would be a total of 389 parking spots: 311 in parking lots, 30 garage spaces, and 48 in the parking garages of the four-story buildings. There would be two access points from British American Boulevard.

There would also be a clubhouse with amenities and a multiuse trail that would “take advantage of the existing pond and the mature vegetation that would remain after the development.”

Buildings would take up 9.1 percent of the now vacant land, pavement and sidewalks would be constructed on 16.5 percent and 74.4 percent would remain greenspace, according to the narrative.

“The current owners of the parcels have owned the parcel for several generations and are current residents of the neighborhood,” according to the narrative. “This proposed use is complimentary to the existing commercial office use that currently exists at the adjacent parcels. The applicants believe that since there is a lack of residential development adjacent to the existing commercial office development provisions of residential housing and apartments will satisfy a need not currently met.”

It is the latest in a line of longtime Colonie landowners who are looking to develop their property. They include former Fogtle Farms on Albany Shaker Road, where plans to build 40 homes is working its way through the process,.The former Radtke Farm, where a plan to develop 23 acres between Rustyville and Wolf roads has stalled, and Hoffman Playland on Route 9, where a multi-use apartment/senior citizen/retail complex is on the table.

In 1913 Cornelius Johanas Faddegon travelled from Holland to the U.S. with the intent of selling tulip bulbs. What was supposed to be a brief stay in the states was prolonged when German u boats cut off shipping lanes, according to the nursery’s website.

Cornelia, his fiancé’ was stranded in Holland and seven years later, two days after her mother died, found a spot on a passenger ship.

“Since it would have been scandalous for them to be together unescorted, the couple was married immediately on the ship by the captain,” according to the website. “They traveled to Albany where there was a large Dutch community and founded Faddegon’s Nursery in 1920.”

The multi-faceted, privately owned company was once the world’s largest Canada Dry franchise. In 1978 it purchased acreage around the Albany International Airport and has steadily developed it over the decades.

Airport Park has 32 buildings with 1.6 million square feet of office space built on 120 acres of a total of 350 acres the company owns. British American Plaza is set on 43 acres and includes a Tru by Hilton and a 40,000-square-foot office building.

Its construction arm, British American Construction Services, oversees the construction of its own buildings and has also built the Bethlehem Retail Center, the Hampton Inn & Suites in Lake George and at the Albany Airport as well as CVS store and PetSmart shops.

It also has a branch to sell and lease commercial real estate, a property management division and a publishing division. British American Publishing was established in 1987 by Bernard F. Conners and Geroge   the former publisher and editor, respectively, of The Paris Review.

New road between Route 9 and Columbia Street opens in Colonie