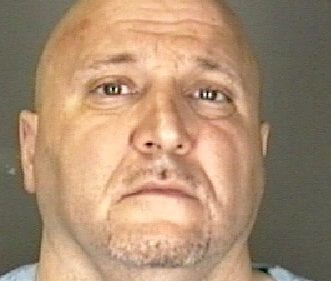 COLONIE  — A 49-year-old Albany man was “caught in the act” breaking into a Loudon Road restaurant, according to police.

Lt. Robert Winn called Curtis Brisson a “career criminal” and is suspected of burglarizing a number of town businesses, primarily Asian takeout/delivery restaurants, from July 24 to Sept. 10. The thefts, which took place during the overnight hours, were of between a few rolls of coins to $1,100. The MO was to force open a door and take whatever was in the register.

When troopers approached Brisson, he fled the scene and fought when they attempted to place him in handcuffs. No officers were injured, but Brisson was treated at Albany Medical Center Hospital for an injury to his ribs.

Brisson had three prior convictions and prison stints for similar Capital District crimes in 1999, 2008 and 2014, Winn said.

He is charged with the felonies of burglary and attempted burglary as well as the misdemeanors of criminal mischief and resisting arrest. He was sent to the Albany County jail pending court action.

More charges are possible in Colonie and other municipalities.

Colonie was assisted in the investigation by the Capital Region Crime Analysis Center, the Guilderland Police Department, Saratoga County Sheriff’s Office and the State Police.

RECENTLY ANNOUNCED: WGNA Presents ‘In The Presence Of Proof’ with medium Deborah Hanlon