by Diego Cagara
in Community, News
0 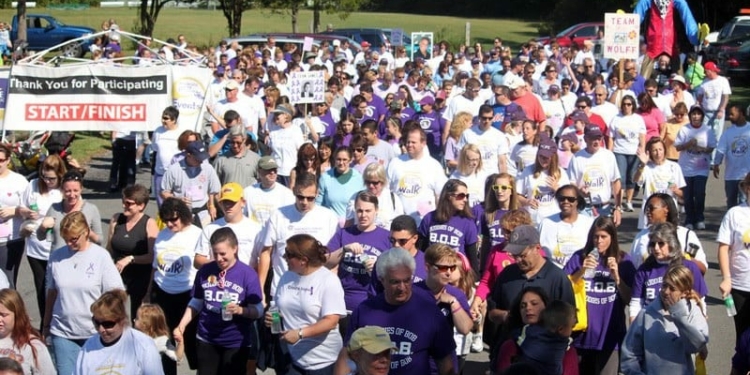 BETHLEHEM —  Selkirk couple Neil and Shari Piper have personally seen how devastating pancreatic cancer can be, with the former losing five family members to it in the past few decades.

Having lost his mother, two siblings, uncle and a cousin to it, Neil, 72, acknowledged how he is at high risk of getting it too. “It’s because it probably runs in my family and so, my kids have a high risk as well,” he said. “I’m the only survivor out of them and I have lived longer than my mother or siblings. It’s a mixed blessing because of what happened to them and I’ve since been able to get my pancreas surveilled on a regular basis.”

Despite all this, the couple wants to instill a sense of hope and positivity with the upcoming 16th Annual Lustgarten Foundation Albany Capital District Walk for Pancreatic Cancer Research. They serve as its coordinators and it will happen on Sunday, Sept. 15 at 8 a.m. at the Elm Avenue Town Park in Delmar. Registration begins at 8 a.m. that morning; friends and families can start the walk at 10:15 a.m. Online registration is $50 for adults and it is $15 for kids aged 15 and under. For more information, visit https://events.lustgarten.org/event/2019-albany-pancreatic-cancer-research-walk/e219625.

Besides the walk, people can also expect a pick-a-prize auction, a 50/50 raffle, a pet parade, 10-minute chair massages, live music from Albany-based Code Blue, a jewelry raffle by Hannoush Jewelers, face painting, and complimentary water, donuts, coffee, tea and apple cider. The event is wheelchair-accessible and is child-, stroller- and pet-friendly.

Lustgarten Foundation, based in Woodstock, is the country’s largest private foundation devoted to funding pancreatic cancer research. Since the annual walk began 16 years ago, it has raised a total of $1 million in the Capital District and is aiming to reach $2 million overall now. Shari, 69, said, “This year, we went over the $1 million mark. I remember when the walk first started, it was small but we continued reaching out to the community. We anticipate that $2 million won’t take another 15 years or so.”

She also said this year’s goal is to raise $150,000, all proceeds of which will go into research for finding early detection and a cure for pancreatic cancer, which she believes is “grossly underfunded.” Around $128,000 was raised last year with the same $150,000 goal and it had attracted approximately 500 walkers. Neil added that 2017’s walk raised around $142,000.

“We have also been soliciting sponsors and we’ve been very lucky to reach people who are very generous in the corporate community,” Shari said.

“That’s something I spearhead and what I did learn is that for any good cause, it never hurts to ask if you ask nicely.”

When asked why this event remains important, Neil said, “Early detection is the most important thing about pancreatic cancer. By the time you’re diagnosed with it, it has probably metastasized. It’s a silent killer.”

He added that the walk helps to raise awareness of the disease and Lustgarten Foundation’s mission, and to celebrate people who either passed from or are still struggling with it.

Neil also said, “Considering that I lost five family members to it, it really means a lot to me to fight this disease and defeat it. So we’re inviting people to come and join us, and there will be lots of fun for the kids and the music will be great and people will be dancing.”

Shari said that people who cannot attend the event can still contribute by donating online and that “as you meet people, we walk around with our Walk T-shirts and we’ve met a number of people who come to us about how horrible the disease is and how they’ve lost people to it. It lets people know that there’s hope.”