The Voorheesville Community and School Foundation has helped develop events and activities within its village for years, including the Annual Family Bicycling Day, above, held every June. Janna Shillinglaw

VOORHEESVILLE —  The Voorheesville Community and School Foundation is asking the local community, “What’s the big idea?” 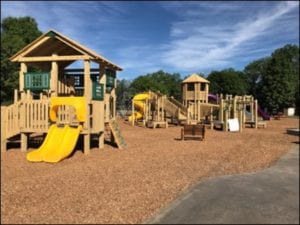 Continuing its streak of community support, VCSF has developed the new “Big Idea” competition where it encourages local residents — including students, teachers and community figures — to come up with an idea for a project that would enhance the village and/or its schools; to apply for a grant to support that project idea; to have a project that will have a lasting impact; and allows them to receive support in grant writing, fundraising and reviewing their project ideas.

“We have had tremendous projects that have lasting impacts on the community over the years and this time, we want to encourage community members to continue bringing their ideas,” said VCSF President Janna Shillinglaw. “We do want to make it clear that this is not just for the school districts but for the greater community. We want to hear everyone’s ideas on how to make Voorheesville a better place to live in.”

Applications are being accepted from Sept. 3 to Oct. 1; finalists will be contacted in early November to present their Big Ideas formally on Nov. 17 and winners will be announced on Dec. 2. Funding will begin in January 2020. It does note that Big Idea awards cannot be given to individuals or for-profit businesses though.

When asked if the competition will have one or numerous winners, Shillinglaw said “it depends on the scope and grant money requested.” She also explained why winners will be notified in December which may feel far from now, “One of the things we find in the foundation is that we see applications that may need more information and we give applicants more time to gather supporting documents or information so that their applications are more ready for the competition. The board meets once a month and we do plan on having some presentation or event prior to making our decision in the end.”

Regarding funding, she said that grant money comes from within the foundation’s funds which are the result of continued fundraising throughout the years. 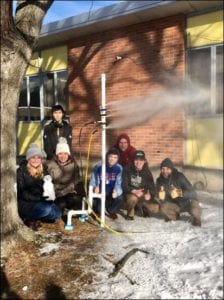 When asked what the public reaction has been like since the announcement of the “Big Idea” competition, Shillinglaw said it “has been absolutely encouraging” and VCSF had sent out letters to the school district including the superintendent and principal; the library; and throughout the village. She brought up, however, one challenge the competition has faced which is that since it began right after summer break ended, many people, especially students, still need some time to “get back into brainstorming mode which is easier in the fall, not summer.”

She concluded that VCSF wants people to “pick their pens up and get their applications in. … One of the things I really like about the projects the foundation has funded is one common element: community members having an idea and the drive to bring a project to life. We’re looking for that.”

SPOTTED: Shaker and Shen play to a 1-1 tie