A good day for a picnic in Colonie (w/slideshow) 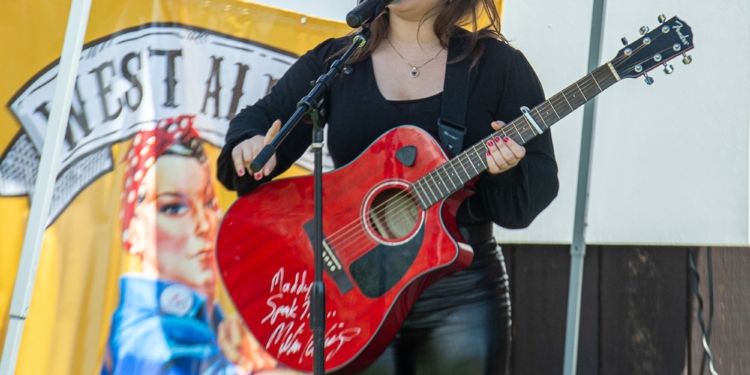 COLONIE — Jeff LaMountain, a candidate for the open seat to represent District 24 on the Albany County Legislature, held a community picnic on Wednesday, Aug 24 at the West Albany Pocket Park.

Madison VanDenburg, a finalist on American Idol, and Tom Proctor, of “Guardians of the Galaxy” fame, performed and some 200 school children got backpacks filled with free supplies handed out by the law firm of Martin Harding and Mazzotti.

Other businesses contributed to the event like Staples, DeNoyer Chevrolet, Sara Bella’s Pizza and Staples.

“I was thinking about how nice it would be to have a picnic and the West Albany neighborhood stepped up,” LaMountain said of the event held in the neighborhood where he grew up.

While there were a number of Republicans elected officials and candidates helping out, he said it wasn’t politically motivated since he said, he is “not a politician.”

LaMountain, a Republican, is running for the seat being vacated by Peter Crouse against Democrat Nathan Bruschi in what many consider to be one of the tightest matchups this election season.

TRIPLE THREAT: Parenting through the fear

In the Spot: Sept. 3 Podcast