ALBANY — The county Legislature has modified the controversial ban on flavored tobacco products to exempt flavored pipe tobacco, flavored cigars that cost more than $10 each and tobacco used on-site at existing hookah lounges.

Still included in the ban are menthol cigarettes and all e-cigarette liquid that has any flavor other than tobacco. (Read the legislation at the end of this story)

The Legislature is expected to call for a public hearing on the modified law on Monday, Aug. 12. If approved, the public hearing will be on Sept. 24.

The ban, first introduced in March, has met considerable opposition from convenience store owners and the owners of what is known as “vape shops,” those who sell e-cigarette liquid and the devices used to turn the liquid into vapor.

It was slated for a vote of the full Legislature last month but was pulled at the last minute. 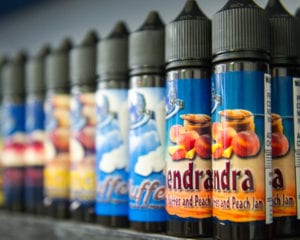 Banning all sales of menthol cigarettes, though, is what riled the New York Association of Convenience Stores. That organization represents come 1,600 stores across the state and, in an advertising blitz, said it’s not just about the pack of cigarettes but also about all the other products a person purchases during a single stop. The ban in Albany County, it said, would just force customers to shop at stores in adjacent counties and not do anything to meet the bill’s objective.

The 16 sponsors of the bill claim flavored tobacco products are what initially draws people, at a young age, to tobacco use and once initiated, it doesn’t take long for a person to become addicted to nicotine.

“As tobacco companies well know, menthol, in particular, cools and numbs the throat to reduce throat irritation and make the smoke feel smoother, making menthol cigarettes an appealing option for youth who are initiating tobacco use,” according to the legislation.

The legislation also points out the attraction of, and dangers inherent to, the use of flavored e-cigarettes by today’s youth.

“The 2018 National Youth Tobacco Survey cites research showing that youth and young adults identify flavors as a primary reason for e-cigarette use,” according to the legislation. “Given the highly addictive nature of nicotine, it is not surprising that high school students who were current flavored e-cigarette users reported an increase in their frequency of vaping.”

According to the legislation, some 85 percent of black smokers use menthol cigarettes and the number of high school students vaping has increased from 12 percent in 2017 to 21 percent in 2018.

“There is a terrible youth vaping crisis but this proposed banning of all flavored tobacco, E-liquids and menthol 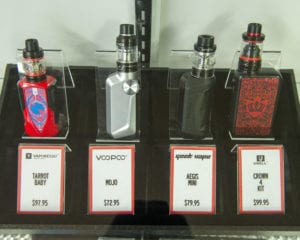 cigarettes in Albany county impacts all adults and is not focused on those who are under 21 and vaping,” said Legislator Paul Burgdorf, R-Colonie. “It bans the sale of legal products in Albany County to those of any age, and would cost Albany County millions of sales tax dollars. There are adults who vape who are using it as a substitute for smoking carcinogen laden cigarettes; taking their preferred anti-smoking substitute away is like taking methadone away from a heroin addict. New York state just banned all cigarette, E liquid and tobacco sales to those under 21. Any restrictions should be considered on a statewide basis, and not just effect Albany County residents, small businesses, and taxpayers. We need a statewide solution to youth vaping which actually reduces under age demand.”

Reputable vape store owners say the majority of their customers are adults who use a form of e-cigarettes to wean themselves off highly addictive cigarettes.

The legislation would still require retailers to purchase a license to sell tobacco in Albany County.

Legislator Mark Grimm, R-Guilderland, who is also against the legislation, said the Legislature will likely vote on Monday to bring this version of the bill to a public hearing but that the language may change before the actual public hearing in September. A flaw in the process that is, he said, “unfair to legislators, the public and the media.”

“Everyone is for protecting children but nobody is out there giving this stuff to kids. We were ahead of the state on banning cigarettes until 21 and there are enough regulations already in place,” he said. “This would prohibit all adults from purchasing any flavored tobacco and that’s why there is so much opposition to it.”