DISCOVER WOLF ROAD: Toys “R” Us may return one day 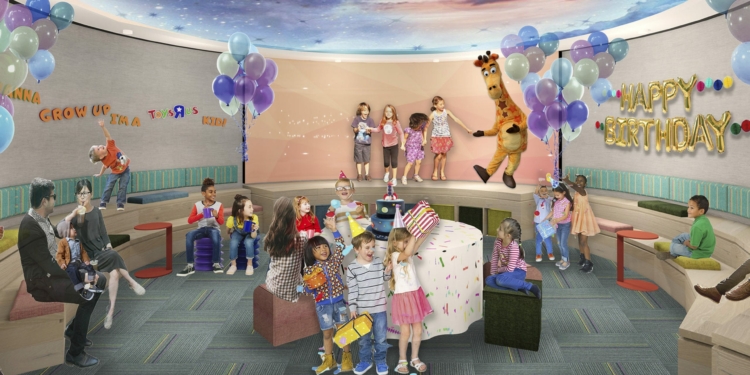 COLONIE — Locals would remember that a Toys R Us store used to be located on 38 Wolf Road in Albany that closed in early 2018 but their memories may soon become a reality again in the future.

The larger Toys R Us company had become defunct by summer 2018 in the U.S after filing for Chapter 11 bankruptcy protection in September 2017 prior, following a slump in sales amid an evolving consumer culture worldwide.

Mark Eagan, president and CEO of the Capital Region Chamber of Commerce, said that the Wolf Road store closed because it was part of the chain’s closure process, not necessarily because the store itself was not doing well though. “We know that shopping trends have changed,” he said. “Now, someone doesn’t have to go into a physical store to browse and shop when they can just go online to buy. That’s the challenge that retail has been facing today.”

Eagan’s point related to how consumers nowadays are veering their attention onto other means of entertainment like electronic devices and they increasingly enjoy the convenience of online shopping.

However, the Toys R Us brand emerged from bankruptcy this past January, now under the Tru Kids Brands parent company. Tru Kids Brands announced on Thursday, July 18 that it will open two new small-scale Toys R Us stores domestically this holiday season; one will be in The Galleria in Houston, Texas and the other in Westfield Garden State Plaza in Paramus, New Jersey. The stores are said to encourage more engagement with shoppers, especially children, with more activities in a playground-like atmosphere.

Tru Kids Brands added that they “plan to open additional locations in prime, high-traffic retail markets within the U.S. over the course of 2020.” Babies R Us is also planned to return in some capacity in the future but there are no details regarding that development for now. To see the full press release, visit www.toysrus.com/PressRelease.html.

When asked about the possibility of Toys R Us returning to the Capital District in years to come, Eagan said, “I would think that if their model proves successful, I’d be very surprised if that doesn’t come here.”

Spotlight News also encouraged locals to comment on several Facebook posts in mid-July about their memories of the store and their thoughts on Toys R Us potentially returning upstate.

One reader, Angelina Addario LaSure, wrote that she remembered when the store first opened and “we walked in and it was amazing to see so many toys all in one place. There was everything from Jax to Hot Wheels tracks, and just everything you could think of.” She added that if Toys R Us ever returns to the Capital District, it could set up a store at Delaware Plaza in Delmar.

Another reader, Erin Wagner, commented that she missed Toys R Us and she used to bring her children there so she could learn what sorts of toys they wanted for Christmas, pretending that Santa Claus would eventually give them but she was “secretly making a list so [she] could go back later.” She added, “When my cousins and I were little, my aunt would give us each a $5 or $10 limit and we could pick out anything we wanted. It was my favorite place as a kid.”

A fellow reader, Amy Modesti, brought up that when she was younger, she used to visit the Toys R Us store at Clifton Park, which also closed in 2018, to buy her dolls. She also commented that she recalled visiting the store on a Black Friday to buy the Banjo-Tooie video game on the Nintendo 64 console — this was first released in 2000 — and she finished playing it by that Christmas.

Another reader, Weatherly Whitestone Webb, wondered if the to-be-reopened Toys R Us stores would honor old gift cards. However, the company’s website indicated that it will not since the company is now “an entirely new entity [and] it is impossible to honor any financial agreements made by the previous company.” This policy also concerns any unused coupons, store credit and rewards points.

It does not seem like Toys R Us can return to its former Wolf Road storefront for now since it is being occupied by Hobby Lobby, an arts and crafts store, which offers home decor, fabrics, knobs, children’s crafts, and supplies for parties, weddings and sewing. The toy retailer was one of several major businesses along or near Wolf Road to close down within the last decade, like Sears at Colonie Center and Borders.

When asked how he felt about this phenomenon, Eagen said that it would be a different story if those companies were flourishing but chose to leave Wolf Road. “Borders is no longer existing, Sears has very few stores left today, and their glory days are, unfortunately, over,” he said. “But Wolf Road is not just for retail, there are office buildings, strip malls, supermarkets and nearby apartment complexes.”

He concluded that businesses along Wolf Road today, like those in Colonie Center, have been acknowledging consumers’ evolving mindsets towards shopping and have been working to turn Wolf Road into a destination for multi-purpose experiences, not just retail. He offered the example of how Colonie Center, beyond its retail stores, has a movie theater, a bookstore, eateries and more.

“Wolf Road is still a regional destination which is really the main street of the greater Capital Region for commerce and restaurants. People can live in Columbia or Washington or Fulton County but if someone says Wolf Road, they know what you’re talking about,” Eagan said, adding that Toys R Us’ closure did not significantly impact Wolf Road due to the property quickly being taken by Hobby Lobby. “As one real estate developer once said to me, there’s only one Wolf Road and it plays a unique role in regional retail and office markets. People who own those parcels need to continue to reinvest in them.”

New popsicles to break the ice