Guilderland teen rescued after falling off cliffs at Thacher Park 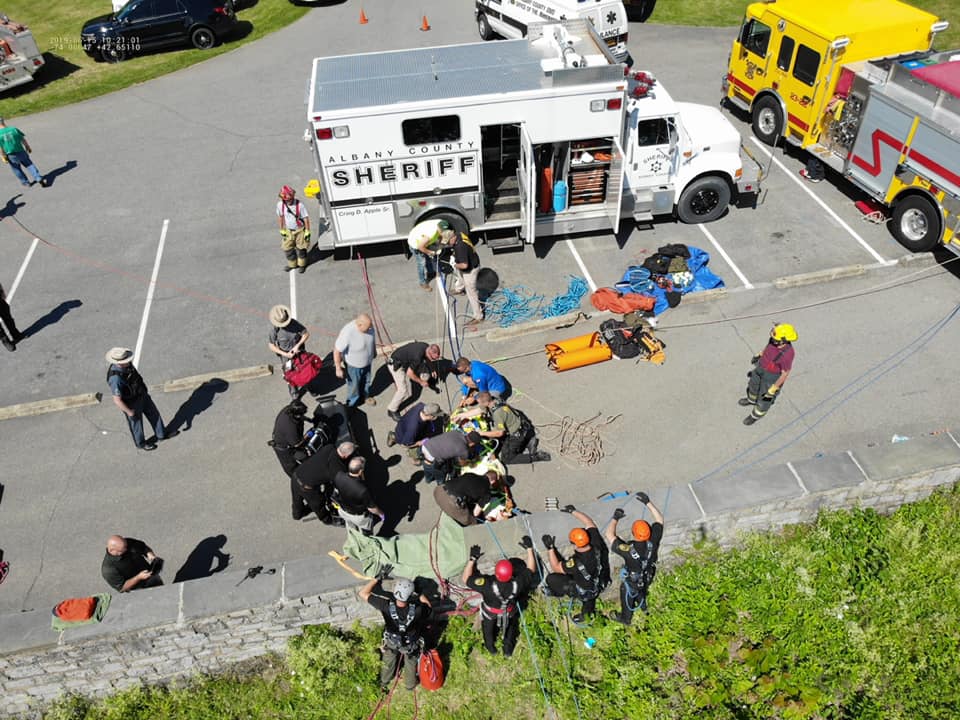 The scene at Thacher Park after the team got the Guilderland teen to safety. (Photo via Albany County Sheriff's Facebook page)

NEW SCOTLAND — It took the Albany County Sheriff’s Office Search and Rescue Team four hours to save a 19-year-old Guilderland man after he fell off the cliffs at Thacher Park.

According to Sheriff Craig Apple, deputies were called to the park at around 6:18 a.m. on Saturday, June 15 by a friend of Dylan Dunney after he crossed the barrier at the overlook area and slipped and fell off the cliff.

The two were drinking at the park, according to Apple.

Deputies on the scene heard Dunney calling for help and he was located 150 feet straight down and about 400 feet from the cliff face, Apple said in a statement.

“Our paramedics and deputies quickly rappelled to the subject and were able to keep him alive even though he suffered massive trauma,” Apple wrote on Facebook. “Blood was mixed at Albany Med and brought to the scene were two doctors were able to give my paramedic lifesaving Instructions.”

Dunney remains in Albany Medical Center Hospital where he was listed in critical condition as of Sunday.

One person was taken Into custody and charged with allegedly serving alcohol to a minor and trespass. More charges may be coming, Apple said.

PICK of the WEEK: The Dead and Spa City