Bethlehem tennis moves to 13-0 on the season; extends win streak to 32 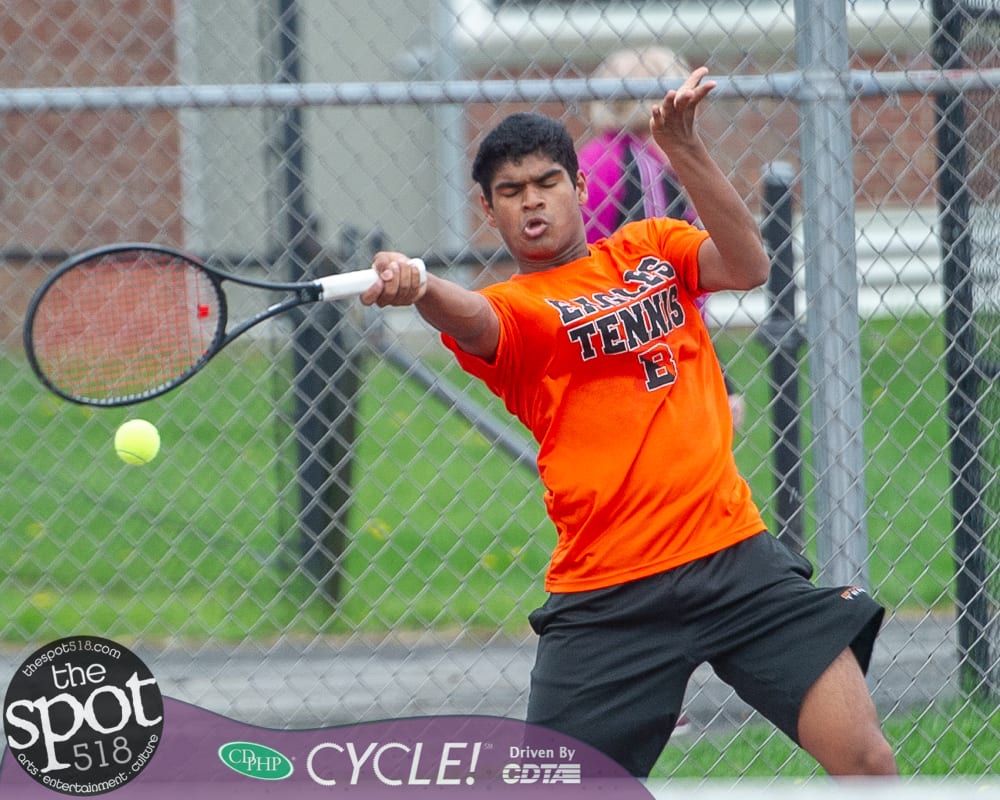 BETHLEHEM – On Monday, March 25 the Bethlehem Boys varsity tennis team beat Burnt Hills to start the season right, and continue a winning streak started at the beginning of their 19-0 Section II championship 2018 season.

On Thursday, May 2 the squad beat Shaker 7-2 to stay undefeated — 13-0 this season — and extending its winning streak to 32.

“Everyone on the team knows who we are and what we are trying to do,” Wilson said, “It’s easy to forget how hard we worked to get the Section II title and go undefeated last season, but there are players on the team who remember what it was like before we were the head of the pack in Section II.”

Prior to the 2018 season, Bethlehem had made it to consecutive Section II championship games against Saratoga and failed to bring home the title.

“If just one more player had pulled through in either year, Bethlehem would’ve walked away from the match with the title,” said Wilson.

But in 2018 they were finally able to celebrate.

“There was a great sense of accomplishment for all of us at the end of last season, because we had fully committed to being more focused and doing all we could to prepare for another run at the Section II championship,” said head coach Steve Smith. “To win it all after two previous seasons ending in such difficult, hard fought losses in the sectional finals was an amazing feeling for all the players and coaches.”

After the 2018 season, six of 12 Bethlehem starters had graduated. The other six starters from last season are: Mike Bievenue, Will Bienvenue, Govind Chari, Justus Demarest, Lleyton Emery and Kevin Lin.

Chari, who was ranked as number one on the Bethlehem team last year, is currently ranked 44th in New Yorkstate and 918th in the country.

“We had a really solid season last year,” said senior Justus Demerast. “We still have a lot of strong players from last year, and we’ve gained more this year.”

“We are fortunate enough to have 10 of our 22 players returning from last season,” Smith said, “They are fully aware of how hard it is to win a Section II title, and they are setting the tone for the entire team to be sure we are working even harder than we did last season.”

With momentum built up from last season, and hard work that the team puts in, they hope to repeat last year’s success.

“Last season, we were on the offensive,” said Wilson. “We had nothing to lose but a match. This season, we are the ones who have the title on the line. Mentally, it’s completely separate from the mentality we had last year. I think everyone can expect us to all try our best. I know this team, and our best is dangerous.”

SPOTLIGHT ON BUSINESS: Adams Station is the best of both worlds